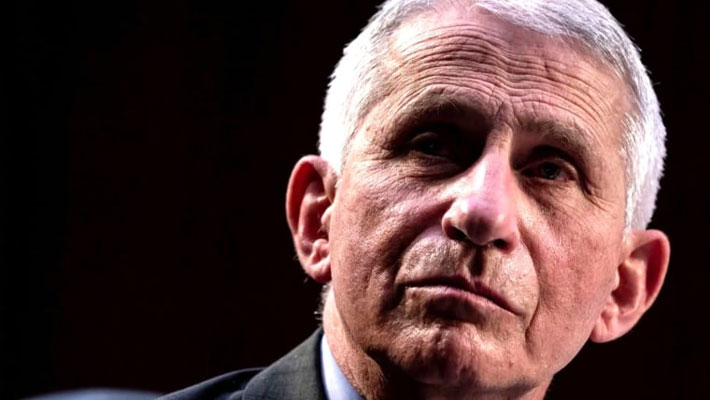 Seems the season is rapidly approaching when the often venerated or criticized, Dr. Anthony Fauci, should seriously begin considering retirement.  His confusing and contradictory statements regarding procedures and management of the COVID-19 pandemic would indicate it’s time to put on the gold watch, grab a fishing pole and head out to the nearest trout stream.

At 80 years of age, even the highest-paid employee in government service has a sunset clause.  If he wishes to take his assortment of face masks with him, I’m sure no one will object.

Anyone familiar with my opinions of the government’s management of the COVID-19 situation the past year know I have not been a big fan of how it was administered.  Particularly the required wearing of paper facemasks — which have been proven to be a near waste of time and money.  Something Fauci originally admitted during the early stages of the pandemic.

Nor of the government’s inflated fatality statistics.  Originally, we were told over two million casualties were expected.  About a third of that amount actually occurred, and most of those had existing comorbid issues.  COVID simply accelerated their demise.  Old folks, like myself, suffered the greatest, while the remainder of the population faired relatively well.

Certainly, no justification to toss a vibrant economy into an uncontrolled tailspin or suspend citizens’ Constitutional rights.  The craziness was rampant, manipulated by a cabal of ego-driven bureaucrats whose primary concerns were more about enhancing their control over our society than actually providing constructive leadership.

It was amazing how quickly we rolled over and acquiesced to their dictatorial commands.  Our ancestors are probably wondering if we were spawned from the same gene pool.

In the year-and-a-half since the pandemic slipped out of China, Dr. Fauci has been our nation’s lead expert on the causes and effects of the virus.  His immunology knowledge and expertise are regarded as nearly unquestionable.   As has his reputation of being a well-respected scientist for decades and a guy who really knows his stuff.

Actually, he’s become a celebrity of sorts, appearing on TV talk shows, magazine covers, and Congressional hearings.  Anytime a celebrity is praised on “The View,” with accolades reaching near sainthood status, can canonization by the Pope be far behind?

Recently, however, some of the shine is beginning to show signs of oxidation.  Fauci’s previously assumed understandings of infectious diseases and how to professionally deal with them has been questioned by others in similar fields of study.

Stanford University professor Jay Bhattacharya remarked on Fox News “The Ingraham Angle,” June 4, 2021 “I think his credibility is entirely shot.  In the early days of the epidemic, he was quite a sensible person.  He understood immunity, he understood the necessity of not panicking the population.  Something happened in late February (2020) where he just flipped on a dime.

“It wasn’t the science changing.  Something else happened where he just changed” Bhattacharya said.

Specifically, his recommendations to lockdown society for fear of infecting one another has probably been one of his most controversial suggestions.

It still remains unclear how certain businesses, schools, churches, and sporting events were deemed “non-essential” and ordered closed, while at the same time Walmart, Target, Home Depot, and other big-box stores were allowed to remain open.  Almost as if buying a pair of socks or replacing a leaky faucet was more important than having the kids attend school.

Now, comes revelations Fauci may have known the virus was purposely created in a laboratory and didn’t accidentally escape from a streetside meat market in Wuhan, China.  More specifically, the United States may have been partially funding the experiments that went terribly awry.

Readers probably recall it wasn’t very long ago the mainstream media fervently poo-pooed the idea the virus appeared engineered rather than natural.  Facebook, the Washington Post, and Politifact, as well as several other publications, considered the idea preposterous and even a “conspiracy theory.”

What a difference a few weeks make.  In a May 25, 2021 article, the Washington Post reversed course writing “Timeline:  How the Wuhan lab-leak theory suddenly became credible.”  Facebook and Politifact reacted in a similar fashion.

What changed their minds and the minds of a growing number of government officials, media talking heads, and ordinary citizens who had already suspected something was amiss many months prior?  Dr. Fauci’s continual flip-flopping on his COVID decisions suggested his erratic behavior wasn’t in keeping with professional standards.   Something else must be going on behind the scenes.

A recent release of hundreds of emails, several heavily redacted (blacked out), has provided insight into some of Fauci’s relationships with the Wuhan Laboratory.  These, and the reported deaths of several Wuhan lab workers, began to create an element of doubt as to the actual origins of the pandemic.  Mounting evidence pointed in the direction of the virus being intentionally manipulated into something it naturally wasn’t.

Unlike Hillary Clinton’s mangled pile of electronic documents and cell phones, Fauci’s has been recovered and they don’t paint a rosy picture.

As in previous Congressional investigations of alleged wrongdoing by a government official, the single most important question is always, “What did you know and when did you know it?”

A reply that can incriminate or absolve a suspect.  Several Congressional representatives are demanding Fauci return to their offices for further questioning.  Some of the emails have indicated he had personal knowledge of a science lab experiment called “gain-of-function,” in which a coronavirus is enhanced into being more contagious or lethal than normal.

When Fauci was interrogated under oath by Sen. Rand Paul (R-KY), regarding gain-of-function experiments conducted within the Wuhan lab, Fauci denied such experimentation had taken place.  Yet, there are supposedly emails from scientists to Fauci detailing the existence of the experiments.  One email thanked him for contributing to her gain-of-function work.

Adding to the disorder is the fact the U.S. government has prohibited gain-of-function studies and funding since 2014.  However, it is alleged at least $600,000 in grants was awarded through the National Institute of Allergy and Infectious Diseases (NIAID) to the Wuhan lab’s research on bat coronaviruses.  At the time, Fauci was director of NIAID.

There’s obviously a very tangled web of confusion going on here.  At stake is the integrity of Dr. Fauci’s role in the COVID pandemic and if he willingly contributed financial assistance to the Chinese lab in Wuhan.

While I’m not certain if it has actually been suggested, there is an undercurrent of suspicion the Chinese may be seeking a way to weaponize a virus to include in their military arsenal.  In much the same way they announced their intent to increase their inventory of nuclear weapons. 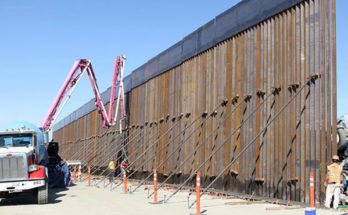 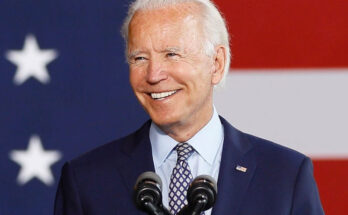 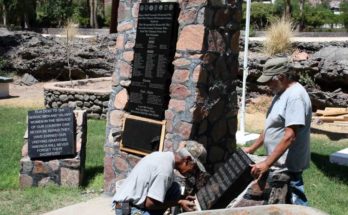 Editorial: ‘Decoration Day’ was the root of Memorial Day