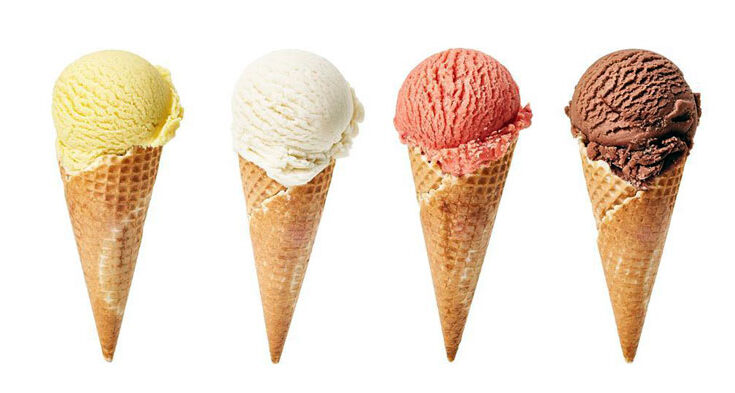 President Joe Biden likes ice cream.  He really, really likes ice cream.  Like Nancy Pelosi, I’m not sure if he has a couple of freezers full of the stuff, but I imagine White House staff is under explicit orders to make certain there is an adequate supply to satisfy the president’s sudden urge to gorge himself whenever the mood strikes.

During a recent outing in La Cross, Wisconsin, an alert reporter asked the president if he would like the new “Rocky Road Infrastructure ice cream cone special” when the president was placing his order at a local ice cream parlor.  The suggestion was about the president’s mega-pricy infrastructure bill he’s trying to get through Congress.

Instead, Joe settled for two scoops on a sugar cone — one scoop of cookies and cream topped with a scoop of strawberry.

Obviously, the man knows his weakness for the chilled dairy treats and how to quickly sedate the urge.

Besides, Democrats, Republicans, Independents, and Socialists all like ice cream.  It might be the only thing they can agree upon.  Except, there are probably a few who think ice cream is racist and a return to Jim Crow days.

Actually, ice cream could become the go-to bargaining chip in future Congressional legislation.  During a particularly difficult or stalled session, when both sides cannot seem to find mutual agreement, the leaders of both parties could recommend everyone take a break and head down to the Capitol Ice Cream Lounge, order up their favorite flavor – no more than two scoops each at taxpayer’s expense – and casually figure out a way to shore up the budget without borrowing another four or five trillion dollars.

Since President Joe seems to use it as an everyday elixir to calm his frayed nerves, it might work.  However, I’m not positive lactose-intolerant members of Congress would benefit as much.  It might work in reverse for them, resulting in even more heated floor discussions, investigations, and unsubstantiated accusations.

Of course, the esteemed Dr. Anthony Fauci of COVID-19 fame would have to approve the use of ice cream as a legitimate and safe method of dealing with Washingtonitis, a common malady afflicting elected officials and bureaucrats alike.  More importantly, would Blue Bell, Ben and Jerry’s, or some generic version be okayed?

Undoubtedly, intense scientific testing would be required before any specific brand and flavor could be authorized for public use.  Lockdowns and social distancing might be reinstituted to make sure no one unlawfully slips away to secretly snag an unapproved chocolate-covered cone from an unlicensed neighborhood ice cream bootlegger.

Who needs armies, navies, and air forces when a few scoops of Chocolate Chip could ease tensions between the world’s Superpowers?  Russia wouldn’t need to hack into our computers, China could refrain from developing viruses and Iran might finally stop yelling “Death to America” if everyone would just chill with a bowl of their favorite frozen delight.

Or, in the words of John Lenon, “Some may say I’m a dreamer, but I’m not the only one.  I hope someday you’ll join us, and the world will be as one.”  Which sounds like pretty good advice, except John failed to include the remedy “When the world isn’t as one and things are falling apart, try two scoops of Peppermint Twist to get a guaranteed restart.”