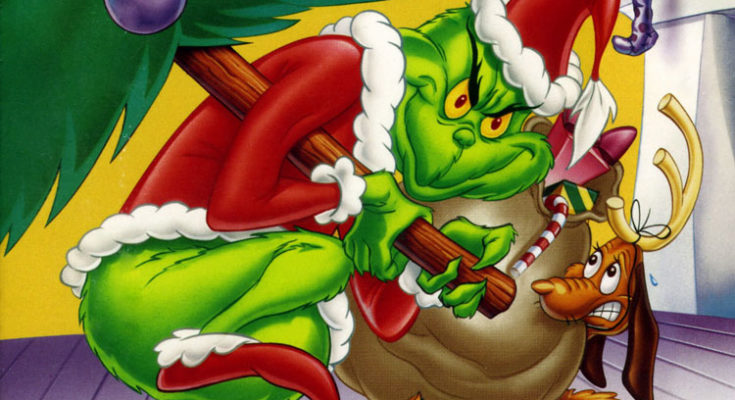 Merry Christmas – If you’re into that stuff.

Since I intentionally procrastinated long enough to avoid sending silly Christmas cards, instead I’ll spend a few moments on the family computer wishing all of you the usual phony health, wealth, and good tidings everyone sends out this time of year.

After all, “Tis the Reason for the Season” to spread insincere merriment and cheer, as Ebeneezer Scrooge philosophically reasoned.

To begin, Santa’s milk and cookies bribe is an overrated enticement for him to leave something of value under the tree.  In my opinion, a box of kitty litter would be more appropriate.  Certainly, symbolic of what the occasion has devolved into.

Not sure Mr. Clause would agree.  Secretly, I believe he’s a raving liberal in a fake red suit, masquerading as a jovial, overly medicated lunatic who has escaped from the confines of a state mental hospital.

Undoubtedly, he had some assistance.  After multiple decades of listening to him remanence about “The good old days” before home security systems and angry pit bulls, I can well imagine nurses and attendants were eager to help him escape.

Another giveaway of his progressive leanings is the fact he only works one day a year, yet expects to receive full government benefits, Obama care, and compensation – with a yearly tax refund thrown in for good measure.

A lot of hoopla is made over his efficient and dynamic “Work Shop.”  Strangely, hardly mention of numerous OSHA violations and monthly union dues collected from elves fabricating seasonal toys and games.

Most of which have been outsourced to corporate Chinese sweatshops.

Then there’s the CO2 issue.  Instead of using fossil flatulence to power his sleigh – a proven reliable and abundantly available form of energy – he’s pastured his reindeer and switched to “green renewables.”  This means when there’s no sunshine or breeze on Christmas Eve, there are no presents under the tree.

Actually, this time of year the North Pole really does have “Black Friday,” since the sun never shines during 24-hour polar nights.  Not very conducive to efficient solar panel functioning.

Previously, he experimented with rechargeable batteries, but when fully loaded with four 2300-pound battery packs, the GVWR of the sleigh exceeded DOT’s weight mandates.  As a result, the contraption sat, unused, in the driveway – forcing him to contract with FedEx and UPS.

An additional indication Old Saint Nick doesn’t practice what he preaches is the unpleasant realization he fails to support the local economy by shopping at home.  Pays no income, sales, or property taxes.  Never attended a city council meeting because he lives in an unincorporated, remote region of the Arctic.  Has no need for school PTA; a precautionary vasectomy took care of that problem many years ago.

Besides, the closest public school is several thousand miles away.  At a balmy -37 degrees, it’s still too chilly for kids to wait a couple of days at the bus stop.  Their hot cocoa and green bean sandwiches would freeze.

Of course, the myth of Santa’s overly festive personality is further enhanced by a liberal mainstream media intent upon fostering the absurd perception of a bearded fat man, adorned in a ridiculous costume, vaping “Mountain Mist,” hoisting a big bag of toys, 65″ TVs, bicycles and a brand-new Mercedes, is physically and financially capable of carrying out such an outrageous publicity stunt.

All the while singing “Tis the season to be jolly, fa-la-la-la-la, la-la-la-la,” is even more evidence of his deteriorating mental condition.

Then, undetected, he manages to force himself, and his sack of junk down a dirty, hot 12-inch chimney flue; silently places the goodies in their proper places, gobbles the cookies and milk, clambers back up the smokestack, hops on the sleigh and takes off to his next destination.

We’re told he repeats this procedure millions, maybe billions, of times before the sun rises.  Mathematically, each stop couldn’t exceed .00038 of a second or he’d fall too far behind schedule to complete his appointed rounds.

This whole scenario is about as believable as Hunter Biden’s phony proficiency in the natural gas business helped him secure a big-paying job with a Ukrainian company.  Nothing in the two stories adds up.

I doubt Hunter knows the differences between natural gas and a hippopotamus fart, any more than the real Santa charlatans in Washington can distinguish a balanced budget from deficit spending.

Meanwhile, during Santa’s absence, I suppose Mrs. Clause is home entertaining the pool guy in her own special way.  It is probably about the only night of the year she gets to have a little fun of her own.

Yep, the whole Santa Clause Christmas tale had to have been concocted by a card-carrying lib.  Who else could have possibly dreamed such a preposterous story involving free gifts, delivered by a rotund Medicare patient, driving an 18th century, non-catalytic converter-equipped sleigh on a frigid winter’s night, loaded with megatons of freight and exclaiming “Ho!  Ho!  Ho!  The joke’s on you!!” as he waves and pulls away from an unlawfully scheduled delivery stop?

There’s not a rational individual on planet Earth who could believe such a farcical narrative.

No policeman would hesitate to cite Santa for dozens of traffic and vehicle violations.  From an expired driver’s license, no current registration or insurance, a red taillight on the lead reindeer’s nose instead of being placed on the back of the sleigh, seatbelts missing, transporting hazardous materials, crossing state and international lines without proper documentation, numerous FAA transgressions, illegally working wildlife while evading Fish and Game permits.

However, I suppose all of these infringements are conveniently forgiven and forgotten because on the night before Christmas, Santa votes a straight Democratic ticket in every precinct in the United States.  About 117,000.  Not counting his unknown number of early mail-in ballots.

There’d be more if Arizona’s voting machines hadn’t run out of ink.

Strangely, all of this mischief wouldn’t have been discovered if Santa had only remembered to stop by a North Pole computer repair shop to retrieve his laptop.

Now, the whole world is aware of the massive con and questionable intrigues surrounding it.

Equally suspicious, Mrs. Clause insists she doesn’t know anything about it — being busy with the pool dude at the time.  Nor, can she explain why many offshore bank statements arrive in the mail around the 10th of every month.

When questioned by NP police investigators, she simply replied “Oh, that silly Nicky, he’s always playing pranks.  I remember one time he had to make an unexpected delivery of several large bundles from some place in Mexico to a warehouse in South Detroit.  He said the cops would never look up and suspect an old man in a flying sleigh.”

So far, she’s been right.