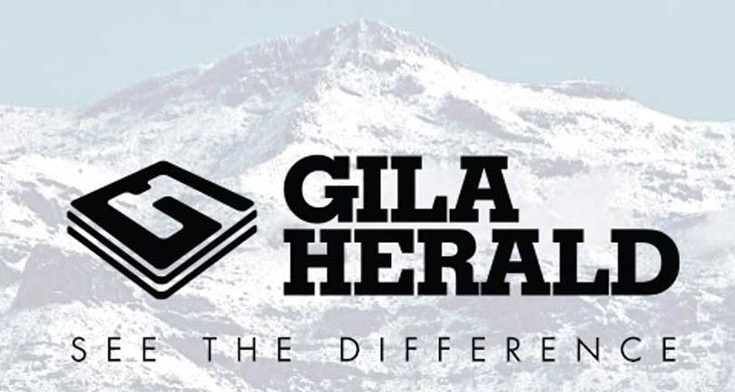 I don’t normally respond to things said by the Eastern Arizona Courier disparaging “online” news sources, but I feel compelled to dispel a recent advertisement it is apparently running on a local radio station.

It has been brought to my attention that in the radio spot, the Courier claims to have the “busiest” online and social media presence in the Gila Valley. What I am wondering is what do they mean by busiest?

Do they mean the most viewers? No, that can’t be it. The Gila Herald has a much larger audience. How do I know? Oh, I can tell that by the number of people who actually visit the website gilaherald.com for their news. I can back that up with metrics and numbers. I won’t even cherry-pick, I’ll just use the most recent numbers available from this morning.

According to the statistic analysis, the Gila Herald had 15,583-page hits (visits) yesterday and 70,972 for the week. When I worked for the Courier, it dominated the webspace (partly due to no other local competition) and even then it only averaged about 50,000 page hits a month. But please, feel free to tell me I’m wrong and that the Gila Herald does not get more views in one week than the Courier gets all month. Go ahead and show me your numbers. I doubt they will. Because they can’t say that. Shoot, they won’t even put their names on their own editorials, you think they are going to actually publish how low their numbers are? Don’t forget, I was privy to all those employee meetings where management was complaining about dwindling readers that was just getting worse and worse.

Ok, ok, so maybe they are just talking about their social media presence and that is where they are the “busiest.”

Well, I guess they can’t mean Facebook, the social media giant most prevalent in the Gila Valley. While it’s true that they have more Facebook followers (10,307 as this writing compared to 7,911 for the Gila Herald) they have been on Facebook for more than nine years while we just celebrated our two-year anniversary. Additionally, when you look at the engagement, despite having more followers, the Gila Herald routinely has three times the engagement as the Courier and the Gila Herald is growing at a much faster rate.

So, I guess I just don’t know what they mean by “busiest” if they don’t mean the site with the most viewers or the most popular social media site with the most engagement. The basic fact is the Gila Herald has had nearly 3.3 million page views in the last year, and nobody else even comes close to that amount.

So, businesses of the Gila Valley, if you want to be discovered or promote a special, why not go where your ad will actually be seen by the people? Also, there’s always a lot of talk about buying locally and we think that’s great and should be extended to the local businesses who are advertising as well. The Gila Herald is your locally owned and operated online newspaper with offices in Safford and Pima. The Courier is part of a nationwide conglomerate that owns 27 newspapers and 18 specialty publications in 11 states. Comparatively, the Gila Herald is the mom and pop local store and the Courier is Walmart.

Also, why in the world would you trust to advertise your business in a newspaper that needs to advertise on a different medium that it has ad spots available? If they can’t bring in the business advertising on their own paper, why would you think it would work for other businesses?

Personally, I don’t think anyone should do business with a newspaper that misleads its audience with such an ad. “Busiest” is a buzz word that doesn’t mean anything. I can certainly claim that the Gila Herald is actually the “busiest” web site and social media source just due to the fact it actually has the most readers and mosts views, but I’d rather just let the actual numbers speak for themselves.

So, for any businesses who really want an ad to work for them, send me an email to jonjohnsonnews@gmail.com and I’ll be happy to respond with our ad breakdown sheet and help find out what spot would be best suited for you.

Editor’s Note: While typing this editorial, I noticed the Courier replaced its publisher yesterday with a new publisher, Sarah Keith. In the announcement, Keith was quoted as saying, “Digital is the future . . .” We couldn’t agree more, and that future lies with the Gila Herald.