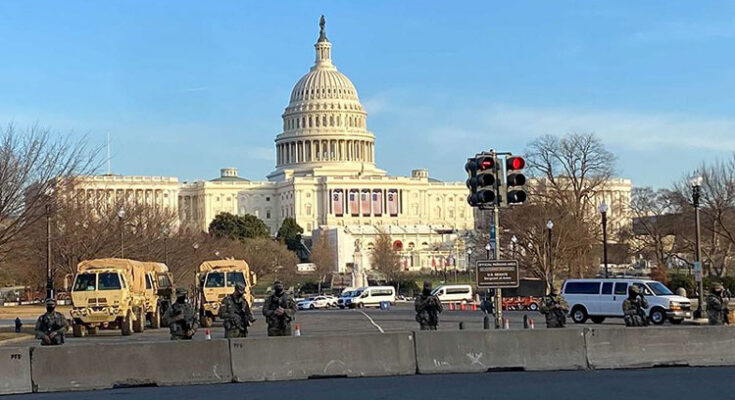 What’s happens to civil liberties when those in power ignite pandemic fear and continue to pour fuel on the blaze even after the development of a vaccine? And what does history tell us about the future? Will Americans heed the warning?

Mayer asserted, “What happened here was the gradual habituation of the people, little by little, to being governed by surprise; to receiving decisions deliberated in secret; to believing that the situation was so complicated that the government had to act on information which the people could not understand, or so dangerous that, even if the people could not understand it, it could not be released because of national security. And their sense of identification with Hitler, their trust in him, made it easier to widen this gap and reassured those who would otherwise have worried about it.”

The coronavirus took ordinary people by surprise. Shock, disbelief, panic. Fear of disease. Fear of death. Fear of the extinction of humanity. Many Americans, including me, were willing to give up a few civil liberties – believing it was a temporary solution to an unprecedented catastrophe. Alas, the slippery slope that leads to the loss of freedoms continues to slide further down the slope in the United States of America.

A German interviewee from Mayer’s book explained how freedom was methodically hewed away, “But the one great shocking occasion, when tens or hundreds or thousands will join with you, never comes. That’s the difficulty. If the last and worst act of the whole regime had come immediately after the first and smallest, thousands, yes, millions would have been sufficiently shocked … But of course, this isn’t the way it happens. In between comes all the hundreds of little steps, some of them imperceptible, each of them preparing you not to be shocked by the next…”

“What Would You Have Done?” is the title of Chapter Four in Mayer’s book. It’s a soul-searching question.

I am not comparing past or present American politicians and leaders to Nazis; that would be absurd. But I am asking American citizens to stand up for rights and speak up for freedoms.

Civil liberties are the “basic rights and freedoms guaranteed to individuals as protection from any arbitrary actions or other interference of the government without due process of law.” constitutioncenter.org.

We must protect our civil liberties before, during, and after a pandemic.