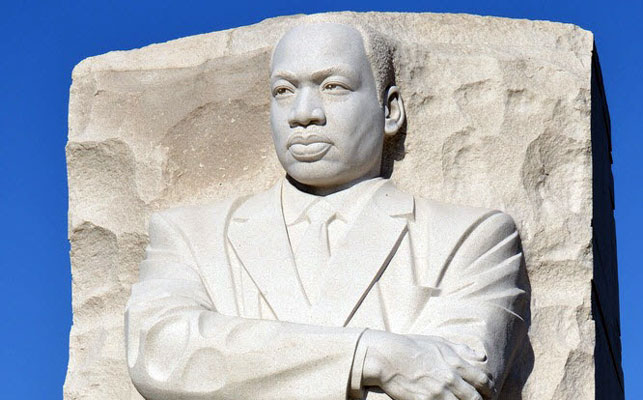 As brilliant and visionary as Dr. Martin Luther King Jr. was, he would acknowledge that everything he said about social justice was self-evident.

On equality, however, King took pains to assert other truths that we shouldn’t need a visionary to notice, like:

“It’s a cruel jest to tell a bootless man he ought to lift himself up by the bootstraps.”

By and large, he said, “emancipation for the Negro was really freedom to hunger. It was freedom to the winds and the rains of heaven – freedom and famine at the same time.”

Land was availed for peasants of European descent, he observed, but not for the slaves by whose hands so much land bore so much fruit.

This disparity didn’t end there. After World War II, millions of veterans reaped higher education and low-cost loans under the GI Bill. However, nearly a million Blacks were excluded by Jim Crow restrictions – you know: “Local control.” “States’ rights.”

Every January assorted Republican leaders clear their throats to mine King’s words for sweet nothings. Typically, it’s a raw bastardization. Was he calling for a race-blind society? No. He called on those wearing race blinders to see reality.

Right now, the night riders of another age are mounting their steeds to assault some of the modest means by which this nation has come to address the inequities that people of color still face.

Because­ these leaders’ chief constituents are aggrieved white people, they choose targets like “critical race theory,” and how it’s linked to 246 years of slavery — plus lifetimes of political and societal reinforcement of inequality.

Listen closely at a school board meeting or to the rantings of GOP wannabe front-runner Ron DeSantis, and know that this political strain has chosen “equity” and “inclusion” as central targets.

“Equity” is based on its own self-evident truths. Though people should be equal under the law, when it comes to educational challenges it’s not only wrong but unwise to treat us all as if we started at the same place, with the same influences and wealth.

That means extra help for and sensitivity toward a high schooler who’s only been speaking English since her early teens. That means understanding that in a classroom dominated by one social class or color, someone on history’s margins needs extra encouragement to feel comfortable and accomplished.

“Equity” means understanding that by and large our institutions are sculpted to benefit the sculptors and their inheritors.

The problem with the anti “equity” chorus is that some people can only see these matters as zero-sum arm wrestling – that a truly inclusive system somehow makes those in dominant roles feel under siege.

Now a right-wing Supreme Court appears poised to outlaw affirmative action, one of the most important means by which this nation has ameliorated the institutional racism that was America’s calling card since the first slaves arrived in 1619.

Affirmative action has never been about racial quotas. It has been about self-examination by institutions that presume to serve all of us but historically didn’t come close to reflecting us.

President Biden’s comments on MLK Day were anything but empty verbiage.

Pointing to efforts to sanitize our history and ignore ongoing inequities, he denounced “the idea that we’re supposed to remain silent on the abuses of the past as if they didn’t occur.”

Understanding discomforting (and self-evident) truths? “That’s not being woke,” he said. “That’s being honest.”

Americans of goodwill should stand up for equity, just as we presume to stand for equality.

And we should stand up for history – including the realities of freedom and famine.