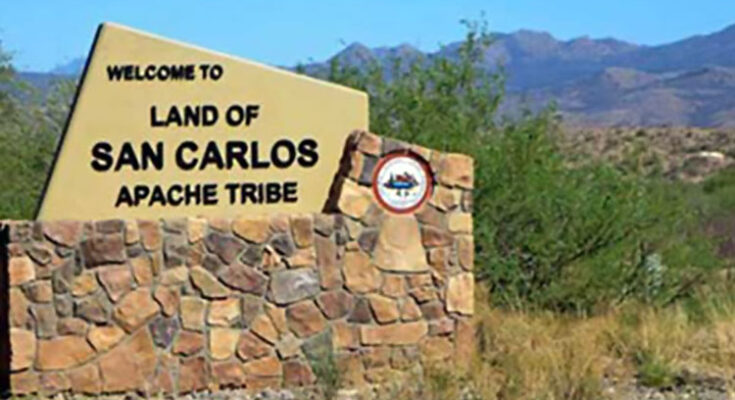 WASHINGTON – A total of $166,062 will be invested to help assist the San Carlos Apache Tribe’s environmental response to contaminated “brownfield” sites in the community from the bipartisan Infrastructure Investment and Jobs law led by Senator Kyrsten Sinema and shaped by Senator Mark Kelly.

The investment, disbursed through the Environmental Protection Agency, empowers the Tribe with resources to remediate “brownfield” sites — abandoned or underutilized areas where there is environmental contamination — to protect and promote public health and the environment.

“This investment will not only help us clean up contaminated land and protect the health of tribal members, it will also create development opportunities for economic growth. This is just another way in which our bipartisan infrastructure law is delivering for Arizonans,” said Kelly.

“Today’s investment ensures the San Carlos Apache Tribe has the resources necessary to clean up brownfield sites that stifle our environment, public health, and economic growth. I’m proud of how our bipartisan infrastructure law is making a real difference for Arizonans in every corner of our state,” said Sinema, co-author and lead negotiator of the Infrastructure Investment and Jobs law.

The funds Kelly and Sinema secured in the Infrastructure Investment and Jobs law provide the financial means for the San Carlos Apache Tribe to conduct a timely survey and inventory of brownfield sites, ensure the response actions protect human health and the environment, provide meaningful public involvement, mechanisms for cleanup plans, and verification of complete responses. Complete responses to brownfield sites allow for the construction of schools, hospitals, recreation centers, and more.