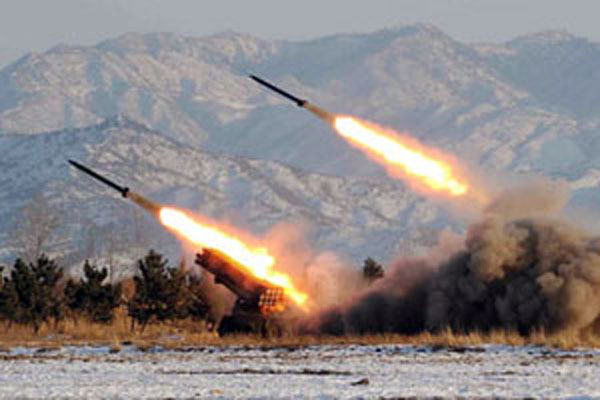 While Vice President Kamala Harris was preparing to depart to El Paso, Texas for her first-ever visit to the U.S. – Mexico border — as VP — President Joe Biden suggested folks might need a couple of extra accessories — in addition to their own private firearms — when contemplating defense against a tyrannical government:  F-15 fighter jets and a few nuclear weapons.

In the meantime, illegal immigrants are pouring across the border about 600 miles south of El Paso.  So, in a show of concern, Kamala decides to pay a visit to a major American city, whose 680,000 citizens are not experiencing the out-of-control disorder in many other places along the state’s thousand-mile boundary with Mexico.

Actually, El Paso is a much safer place than Chicago, Baltimore, New York City, Portland, and Minneapolis.  Due, in large part, to a major military presence, plenty of Border Patrol officers, strong police forces, and a vibrant economy.

Nevertheless, she reminded the press she’s on top of the “root causes” of the immigration emergency.  She used the term at least a dozen times to emphasize her concern.   After about the fifth or sixth repetition of the slogan, it became a little monotonous.

President Joe, on the other hand, has a few ideas of how to reduce gun violence in many large metroplexes; just go after out-of-state gun dealers who are legally selling firearms to those who qualify to purchase them.

Now, I don’t really know how many criminals or would-be criminals would undergo a background check and submit the necessary paperwork to obtain their guns from federally licensed firearms businesses, but I imagine there aren’t very many.   With the possible exception of the 2009-2011 government-sponsored “Fast and Furious” gun-trafficking scandal in Arizona, in which the Feds were encouraging legitimate firearms dealers to unlawfully sell guns to Mexican cartel members, I believe most ill-gotten guns are originally obtained during various criminal activities.

In typical Joe Biden form, his June 23, 2021 gun control comments were as confusing as they were factually incorrect.  In attempting to equate today’s need for additional private firearms regulations to those alleged restraints the Constitution imposed upon the Colonists, Joe seemed to get his history and evidence twisted around.

A brief review of his remarks spoken that day:  “The Second Amendment, from the day it was passed, limited the type of people who could own a gun and what type of weapon you could own.  You couldn’t buy a cannon.”

(Where is the “type of people who could own a gun and what type of weapon you could own” written in the Second Amendment?  Actually, it isn’t.  Nothing even comes close to his gibberish.  He’s forgotten, or ignored, the “shall not be infringed” part of the amendment.  Joe is spinning whoppers again in vain hopes no one will fact-check him).

(Here, Joe is blabbering total nonsense.  Not many people have an F-15 parked in their garage or a nuclear-tipped cruise missile sitting next to the backyard grill.  At least, I haven’t noticed any in my neighborhood).

“The point is that there has always been the ability to limit — rationally limit the type of weapon that can be owned and who can own it” he reminded us.

His remark “there has always been the ability to limit” the kind of firearm a person can legally possess is not an entirely factual statement.  Joe knows this because he’s been in Washington politics most of his life and is fully aware — or should be — of the numerous gun restrictions imposed by city, state, and federal governments many decades after the ratification of the Constitution.  As a U.S. Senator, he’s supported a few.

Joe is insinuating a common rifle or shotgun is insufficient “to take on the government” — a person really needs heavier-duty firepower, like a military fighter plane and a nuke or two.

Whatever the circumstances, most people will never possess the individual weaponry of the government.  In spite of President Joe’s caution, I don’t know a single individual who could muster the resources to purchase a squadron of F-15s, B-52s, a battalion of Marines, or an aircraft carrier.  That hardware is hard to buy on a minimum wage paycheck — or even a few hundred million dollars.

What president has ever uttered such brain numbing bull?   None that I can think of.

The simple fact of the matter is many of our large inner cities are plagued by gun violence, with shootings escalating dramatically over the past year.  Riots, arson, lootings, murder, and mayhem are the new norm.  Chants of “Defund the Police” and “Black Lives Matter” can be heard in nearly every big city.

The natural reaction to such turmoil is a continuing rise in lawful gun purchases by a citizenry who believes adequate and prompt police protection can no longer be counted upon.  Most of these gun-buys are not being conducted by folks who believe they will need the weapons to defend themselves against a marauding government.  Rather, as a means of protecting their lives, family, and property from evil individuals or gangs of thugs who have absolutely no intention of complying with whatever laws may be on the books.

Unfortunately, President Biden appears to be drifting further and further left in his politics.  His comment “A person doesn’t need a hundred rounds to shoot a deer” is absolutely true — unless the hunter is an exceptionally bad shot.

That’s not the issue.  Whether an individual needs a hundred bullets or one is a decision for the person doing the shooting.  Maybe the person isn’t a hunter but enjoys target practice at a local gun range where multiple boxes of ammunition can be consumed.  Or, perhaps an individual is a member of a private hunting club which conducts various shooting events for its membership.  Or, the situation could be as innocent as a father and son/daughter simply out plinking cans and bottles in a rural area where no one is around for miles.

Then there’s the sinister “assault rifle” drivel the left has elevated to near-religious fervor.  Yet, other than insisting an assault rifle “just looks menacing,” they refuse to accept the reality any semi-automatic rifle basically functions the same, regardless of its appearance or design.

For obvious reasons, crimes committed with a rifle are way down the list of popular weapons used by the bad guys.  They’re bulky, not easily concealed, and a poor choice for up-close criminal activity.  Nearly every video seen involving an armed crime almost always reveals a handgun, knife, or blunt instrument.

As I’ve mentioned in previous columns, the term “AR-15” was originally a manufacture’s designation for a new kind of military rifle.  In this case, the ArmaLite Corporation’s AR-15 meant “ArmaLite Rife, design No. 15.” That’s it.  The company’s AR-15 or 16 classifications were never implied to mean Army Rifle or Assault Rifle or any other kind of rifle.  It was an ArmaLite creation, not a Remington, Winchester, or Browning.  In much the same way a Chevrolet is not a Ford or Chrysler product.  They’re similar in use and function but made by entirely different companies.

ArmaLite later licensed their new rifle to Colt Manufacturing, which produced millions during the Vietnam War era.  It is still the primary U.S. military combat rifle but is nearing its end in favor of more technically advanced versions.   The civilian variant is also one of the most popular domestic firearms presently produced.

Shooting situations are as diverse as the individuals involved in them.  If Joe really wants to crack down on gun crime and violence, then go after the folks committing these wrongdoings — don’t penalize ordinary citizens and gun makers who are lawfully minding their own business.

This shouldn’t be that difficult to figure out.  However, in Washington’s world of twisted logic, special interests, trillion-dollar spending deficits, and festering wokeness, what normally appears reasonable and easily understood is often smothered by blankets of irrationality and staggering silliness.

There is no better example of this phenomena than Joe’s F-15 analysis.