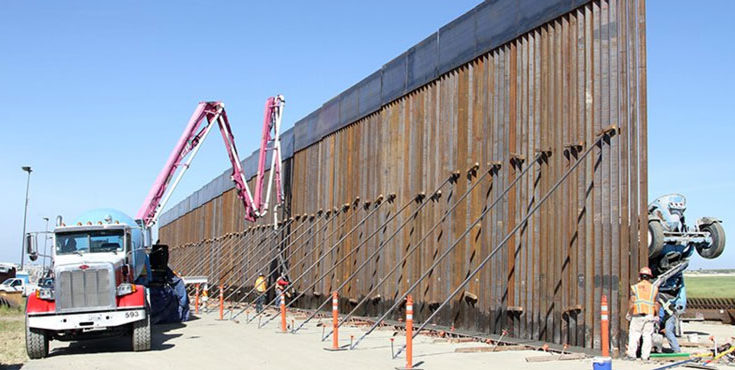 Okay, let’s admit it, Vice President Kamala Harris’ much-ballyhooed trip to Guatemala wasn’t exactly a rousing success.  Actually, it was more emblematic of the Biden Administration’s near-total ineptness in dealing with the continuing crisis along the U.S. – Mexico border.

Things are completely out of control – and everyone knows it, except the top two people in charge.

When Kamala was recently asked by Lester Holt of NBC News if she had ever visited the border, she replied in her typical giggling manner “No, but I’ve never visited Europe, either.”

Say what?  This was the goofy response from the #2 person in Washington.  The lady who could, someday, be the next President.  Incidentally, the same person was an early dropout of the 2020 Democratic Presidential Primary because of a lack of public interest and support.

Unfortunately, Holt neglected to remind her we don’t have a border problem with Europe.  Tens of thousands of immigrants are not flooding into our country from Lithuania or Portugal.

Sadly, there appears to be absolutely no urgency in seeking to bind the wound that’s festering from Brownsville, Texas to San Diego, California.  Homeland Security and the Border Patrol are totally overwhelmed by the vast numbers of border crossers coming across daily.  Most of these people are now being permitted to travel into the interior of the country with absolutely no restraints on where they’re going or what they’ll do when they get there.

These numbers do not include the thousands who simply disappear without ever being apprehended.

It’s a modern-day version of the Trojan Horse trick. In plain sight, tactically send in the shock troops first, weaken resistance and resolve by utilizing available resources, and follow up with sustained internal and external coercion until the remaining opposition is subdued.

In the meantime, it helps if our nation’s leaders continually reassure the citizens that things are under control, and the real reason for Central American’s leaving their homes is climate change.  Not that their own societies are infested with criminals and incompetent government officials powerless to fix the problems.

Kamala broadcast to the world, “Do not come, our border is closed,” apparently not cognizant of the fact video evidence plainly shows otherwise.  People are not as ignorant as she may believe.  When they see their friends and relatives freely wading across the Rio Grande River, they tend to tune out the lies and falsehoods and continue their journey to America.  Knowing full well when they get here they’ll immediately be treated to goods and services available to everyone else.

Not to be outdone, President Joe hasn’t toured the border either.  While he’s entrusted that responsibility to Kamala, the simple fact of the matter is our two most prominent government representatives haven’t bothered to take the time to see and discuss with local border officials the chaos presently reigning in the Southwest portion of our country.

I believe there’s a logical explanation for this, and it’s not very difficult to figure out.  If Joe and Kamala were to travel to the border and talk with the BP, local sheriffs, ranchers, business owners, and ordinary citizens they would soon get an ear full of the calamity their open border policies are causing.

As a result, it’s much easier to talk the talk than walk the walk.  Continuing to deny the seriousness of the situation by blaming other countries’ economic issues, drug cartel involvement, human traffickers, and everything else associated with a broken border on everyone but themselves.

Their principal job as President and Vice President is the protection of the citizens of the United States.  They swore an oath to that effect.  Yet, since the very day they both took office, that solemn declaration has been repeatedly violated.

They had no problem hastily constructing a wall around the Capitol to protect the ruling class, but don’t seem to have the same concerns or sense of urgency when it comes to the peace and safety of residents residing along the southern border.

It’s no surprise they don’t wish to be confronted by disgusted officials and angry citizens.  That would simply expose their pathetic behavior even more.  The easiest way to ignore the situation is to simply continue to do what they’ve been doing — nothing.

Besides, maybe that would give Kamala a little more time to visit Europe and get them straightened out.  I’m sure they would welcome her expert advice.