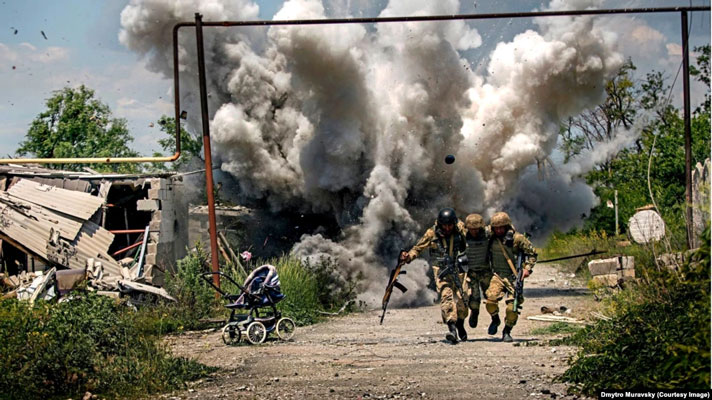 While we’re in the midst of an economic crisis, the Biden Administration finds a way to appropriate billions of dollars to assist Ukraine in its struggles with invading Russians.

Yet, I’m not seeing an inflow of Russian troops wading across the Rio Grande River.

On the contrary, I am seeing an invasion of practically everyone else scampering over our southern border, facing limited resistance.

More importantly, what does Ukraine’s predicament have to do with us?  European nations have been fighting each other for hundreds of years.  Their differences in government management partially account for the reason there are so many different countries in Europe.

The area is a montage of independent kingdoms, socialist, semi-socialist, semi-democratic, and a mix of practically everything else.  Following Europe’s near destruction after World War II, many government officials realized one or two countries were no match for a larger foe.  If threatened by a future war, they would be compelled to put their differences aside and unite for a common cause – survival.

The establishment of the North Atlantic Treaty Organization in 1949 – NATO – was the result of these efforts.  Each member nation was to contribute a certain amount to a defense fund to be used in case one or more countries were attacked by an aggressor.

As is often the case, the United States ended up bearing a higher percentage of the costs even though the U.S. is not part of Europe.

Presently, Russia is the local bully.  However, their lack of military success in Ukraine is evidence they are not invincible, in spite of all the hype to the contrary.

Actually, Russia has been riding a phony wave of being uber-macho for 75 years.  Their skirmishes with much smaller nations have been portrayed as evidence of their military superiority in both weapons and tactics — until recently exposed to be as fraudulent as their government and Third World economy.

Russia and President Vladimir Putin talk a good game, but history proves otherwise.  Adolph Hitler, unwisely, was fighting a 360-degree war including the Russian Front.  Soviet troops were being pushed back by the Nazi juggernaut, sustaining sizeable losses in personnel and equipment.

The United States and Allied assistance helped Russia stall and repel the Germans.  Russian dictator, Joseph Stalin, was every bit the madman like Hitler.  In his quest to remain Top Dog, Stalin would periodically purge his own military and government of perceived dissidents and anyone else not agreeing with his decisions.

Consequently, he actually weakened his forces, depriving them of knowledgeable military leaders and experienced troops.

We see similar despotic scenarios around the globe, proving just because a dictator doesn’t hesitate to starve or murder his own citizens does not qualify him as being exceptionally intelligent or possessing a brilliant military mind.

American politics, encouraged by liberal corporate media, have bought into the storyline it is largely the responsibility of the United States to keep a lid on global hostilities.  Without our continued aid and intervention, the world would be a much more dangerous place.

Or so, we’re constantly reminded.

President Dwight Eisenhower, former 5-star Army general and Supreme Allied Commander in Europe during WWII, recognized the dangers of continually acquiescing to a call-for-arms in order to preserve the peace.  He tagged the arrangement the “Military-Industrial Complex” and warned of the hazards and financial expenses of pursuing an ever-expanding military apparatus.

Wars and threats of wars are good for business.  Not only for armament manufacturers but any industry related to weapons production.

Multiple wars and U.S. interventions since WWII have proven the wisdom of Eisenhower’s admonitions.  The Founders also cautioned to be wary of becoming entangled in foreign conflicts, as they would drain resources and cost lives.

Stupidly, our country has spent itself into a $30 trillion sinkhole trying to financially pay for every government program, social cause, health care, and military expenditure imageable.

We may be sending Ukraine the most modern drones and Russian tank destroyers money can buy but, in the process, we’re paying $5 a gallon for gas, inflation is soaring, the stock market is up 600 points one day and down 1,100 points the next, store shelves are becoming less full and presently there’s a shortage of baby formula, of all things.

Now, there are reports we are venturing back into Somalia.  WTF?  Didn’t our pathetic withdrawal from Afghanistan teach us anything about Biden’s pitiful military leadership?

Someone explain to me how it’s wise to borrow and send financial assistance and military equipment to a foreign country to protect itself from a neighboring lunatic when millions of unlawful immigrants are assaulting our own country – in plain sight?

At least Ukrainian officials recognized the dangers of foreigners crossing into their homeland, while ours seem totally befuddled and incapable of stopping, or slowing, legions of unarmed men, women, and children.

It’s a mess and getting more chaotic by the day.  When do a sagging economy and administrative incompetency finally become President Biden’s #1 issue?

Maybe, following the November Mid-term elections.  Unfortunately, even then there’s no guarantee he will suddenly figure it out.

After 50 years in Washington politics, I’m beginning to believe Joe has always been behind the 8-ball.

Editor’s Note: The opinions expressed in this editorial are those of the author.