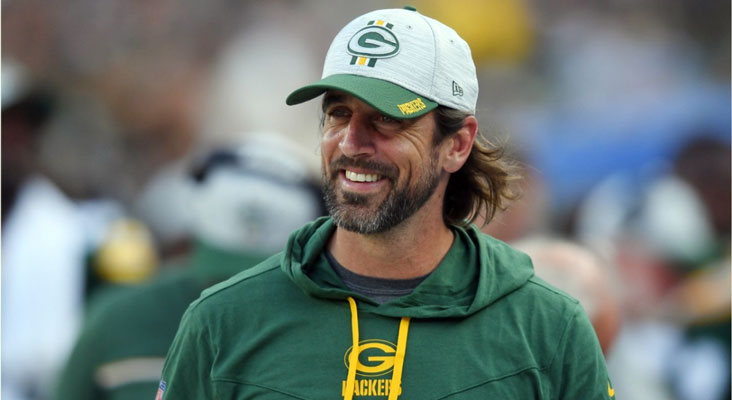 Sometimes, a National Football League player has more on his mind than football.  Especially, if he doesn’t agree with the explanations being parroted by the media and a majority of COVID vaccine “experts.”

Rodgers was simply expressing a view held by many, particularly since the continued spread of COVID and its variants, in spite of highly touted vaccines.

“That’s the truth.  When did science become this blind agreement about not having any debate over what can actually heal people and work for people?  That makes no sense to me,” Rodgers insisted.

The Biden Administration, under the guiding leadership of Dr. Anthony Fauci, has failed to produce significant pandemic improvements.  Actually, Biden’s COVID infections and deaths have vastly surpassed President Trump’s.  Even with the added advantage of improved testing, hospitalizations, and an abundance of vaccines available to anyone desiring or requiring them, COVID mortality rates continue to climb.

The new Omicron mutation has added to the case numbers, though appearing less lethal.

Coincidentally, Rogers went through a COVID experience, but instead of taking the shots, he decided to treat the disease with alternative medicines.  “I got better in 48 hours, and I had symptoms,” he said.

Of course, he’s been routinely ridiculed for his actions.  Nevertheless, numerous NFL players have also been infected by the virus, causing substitutions and game reschedulings.

“Throughout this entire time, there hasn’t been real conversations around health.  As far as giving people, you know, things to think about when it comes to how to be healthier, right?  As far as your diet, vitamins, exercise, and those kinds of things,” Aaron reminded the listening public.

Whatever Rodgers’ political or COVID opinions, it’s difficult to disagree with his conclusions.  We’ve endured a steady diet of Dr. Tony Fauci’s virus recommendations and find ourselves in an increasingly deteriorating situation.

As President Biden’s main COVID expert, the confusion of the situation more closely resembles the blind leading the blind.  Neither one seems to have a clue where they’re going but continues to stumble along in unison, each propping up the other.

Remember, Dr. Fauci is the highest-paid employee in government service, earning more than the president.  Why?  It’s certainly not for his expertise in virology knowledge, control, or containment.

Actually, I’m puzzled he remains on the federal payroll.  His alleged involvement with Chinese scientists – recently exposed in a Congressional hearing – in conjunction with a lackadaisical attitude in trying new techniques and medicines to thwart the COVID virus is mystifying.

On top of his documented mistakes, Fauci will receive $350,000 per year in retirement salary, nearly $1,000 a day – the highest in government history.  Who says government work can’t be financially rewarding with virtually no financial downside risk?

Our country’s continued reliance on vaccines, and practically nothing else, does not seem very “scientific.” Yet, that’s nearly all we hear.  Vaccines have become the Holy Grail of our nation’s struggle against the virus.

President Joe insists everyone needs to be vaccinated – kids, teenagers, young adults, middle-aged citizens, and seniors; healthy, less than healthy, it doesn’t matter.  Just get the shot and live with the consequences – one size fits all.

Except, when it doesn’t.

It’s uncontrollable hysteria, and maybe deranged obedience, to a point people are now being fired from work if they refuse to be vaccinated.  Even members of the armed forces, first responders, hospital and medical workers – some of the healthiest people in the world – have been terminated for failing to comply with government or employer vax mandates.

Ironically, Secretary of Defense Lloyd Austin, recently tested positive for COVID-19 in spite of the fact he’s had all the shots, boosters, and best medical care available.  Yet, a young USMC PFC is threatened with expulsion from the service if he refuses to be immunized with a vaccine he has legitimate doubts about.

More importantly, if an employer can require an employee – as a condition of continued employment – to inject themselves with a substance that may or may not be beneficial to them, can they also demand an employee stop eating tacos because they believe it’s not a healthy thing to do?

Are we now afraid of our own shadow?  Where does the lunacy end – or does it?

Common sense has been tossed out the window, replaced by a ludicrous policy of “get vaxxed or go home.”  Meanwhile, our economy struggles with inventory and worker shortages.  Go figure.

Omicron, the latest mutation is spreading like wildfire, and Dr. Tony – true to form – reminds us to not associate with unvaccinated individuals, remain double-masked, and don’t forget to get the shots.

“Shots will help ease the virus’ discomfort,” we’re assured.  Previously, inoculations were supposed to shield us from the disease and prevent spreading it to others.  President Joe told us arm jabs would “protect vaccinated workers from non-vaccinated workers.”

Whoops.  That advice, as usual, turned out to be only partially correct.  Now, it’s publicly admitted fully vaccinated individuals can also become infected and pass the illness.  It’s no longer the “virus of the unvaccinated” as Joe, and other health officials are fond of repeating.

Additionally, the majority of face masks and similar apparel is only marginally effective, but a handy psychological and fashion accessory.

Paradoxically, the Biden Administration continues to allow hundreds of thousands of unmasked and unvaccinated migrants to parade across our southern border with few restrictions.  Apparently, he’s not worried if they’re “super-spreaders.”

It’s the same old government drivel leading to the same inevitable results.  Aaron Rogers figured it out and, obviously, millions of others have, too.

If Aaron keeps sensibly talking like this, it probably won’t be long before he’s banned from social media.  A person can tweet about the COVID virus, just don’t question the misinformation regularly disseminated from the mucus-plugged craniums of our highly compensated superiors.