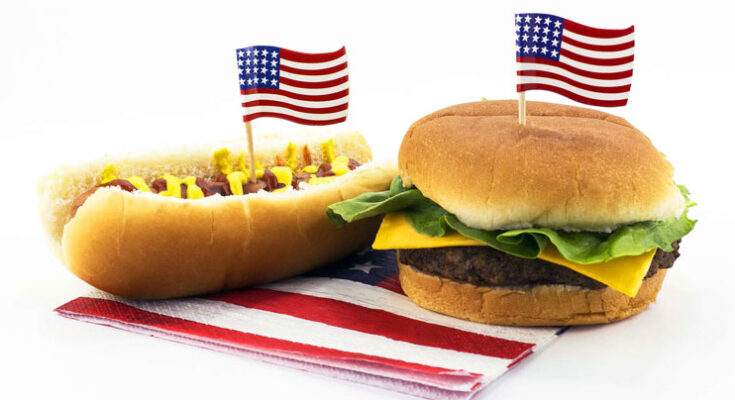 For a moment, I thought the checkout clerk at Safeway gave me back a little too much change when paying for my July 4th hot dogs and buns. Turns out, it was no mistake. I really did save a bundle.

In what seems to be a late April Fool’s parody, the Biden Administration announced this year’s July 4th backyard cookout actually costs a family 16 cents less than 2020’s. About 4 cents per person savings.

Of course, to realize a 16 cents unexpected bonus, a thrifty shopper may have to spend an additional $16.

It’s all how you figure the math.

Needless to say, social media has gone bonkers over the ridiculousness of the boast. One particular clever tweet commented “Ketchup on the news.  According to the Farm Bureau, the cost of a 4th of July BBQ is down from last year. It’s a fact you must-hear(d).  Hot dog, the Biden economic plan is working.  And that’s something we can all relish.”

Yessiree, at least we had July 4th celebrations this year, in spite of Joe’s previous dire warnings, there was a possibility we might have to stay home and celebrate with a few select members from the same gene pool.

To reach the 16-cents cost reduction, government bean-counters figured the price of two pounds of ground beef is down 8% from last year, sliced cheese and a 13-ounce bag of potato chips have been reduced 1%, and a half-gallon of vanilla ice cream has plummeted a whopping 5% from last year.

Somehow, this mystifying calculation adds up to the consumer pocketing an extra 16 cents. Which, of course, raises more economic issues; what will a shopper do with all this newly acquired wealth? It’s not quite enough to make a down payment on a new Gila River View condo, or even a 44 oz. Big Gulp at the corner convenience store.

Actually, it’ll buy about a third of a postage stamp while simultaneously bumping me into a higher income tax bracket.

In the real world, the Labor Department has estimated inflation has risen 5% in the past year. The largest increase since the Obama Administration’s 5.4% bump in August 2008.

When was the last time you received a 5% pay boost a year? This is similar to insisting prices are going down when, obviously, they continue to go up. The store’s receipt doesn’t lie.  Politicians and bureaucrats do.

By the way, have you filled up at the pump lately? Gas prices have jumped more than a dollar a gallon the past few months.  While cheese may cost a couple of cents less, the expense of topping off the tank of the family grocery-getter has risen about 30% – and going higher.

Try purchasing a few 2 x 4s and a sheet of plywood. You’ll have to take out a second mortgage or accept a 27% interest loan from “I Need Cash Now.”

Of course, President Joe doesn’t have to worry how much grilling in the backyard costs, the price of fuel, or utilities to heat and cool a home. He receives a government paycheck every few weeks, is chauffeured where ever he wants to go and lives rent-free in a big white house.  What’s to complain about?

Not much, other than his selection of ice cream could use a little more variety. Why lick a plain vanilla cone when dozens of exotic flavors are available? After all, being president of the Free World requires certain duties and responsibilities, but with a 5% ice cream cost savings, White House chefs should be stocking up on the good stuff. Let the proletariat munch on the economy brands.

Throw in a cherry pie or two. Apparently, Joe occasionally enjoys a tasty pastry, also. Better watch out for his A1C insulin levels – too many sweets are supposed to be unhealthy.

All this aside, according to Washington I’m not really paying the supermarket prices my checkbook says I’m paying. If I was, I might become a little suspicious of the consumer price statistics our leaders are insisting we believe.

Oh well, even old Ben Franklin was counting pennies in his day when he reportedly remarked, “A penny saved is a penny earned.”  Two hundred and fifty years later I’ve managed to save 16 of them.

At this rate, it will be the summer of 3583 before my savings account finally reaches $1. Of course, by then a hot dog will probably only cost $46,832.79 – about the same as today’s pickup truck.

Sometimes, I feel like I’m playing against a stacked deck.