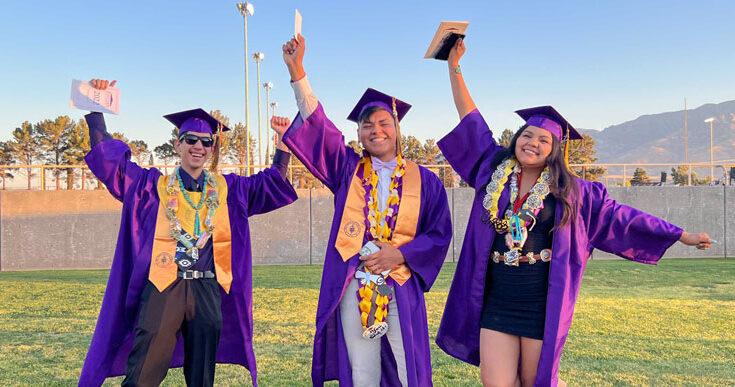 The audience received comments from several individuals, including EAC President Todd Haynie who welcomed the gathering, and Dr. Cindy Olvey, president of the EAC Alumni Association, who welcomed the College’s newest alumni.

Commissioner Lea Márquez Peterson with the Arizona Corporation Commission delivered the commencement address. Commissioner Márquez Peterson – the first Latina to serve in a statewide office in Arizona – has been an entrepreneur for many years, serving as the president and CEO of the Tucson Hispanic Chamber of Commerce and the executive director of Greater Tucson Leadership. She serves on the Arizona Judicial Council and several boards including the University of Arizona Foundation. Commissioner Márquez Peterson received her undergraduate degrees from the University of Arizona and her Master of Business Administration degree from Pepperdine University. She resides in Tucson and is married with two children. She has deep connections to Eastern Arizona. Her father’s family is from Clifton and her grandparents owned the El Ranchito Tortilla Factory, Fred’s Barbershop, and Marquez Insurance Agency in Safford.

Commissioner Márquez Peterson congratulated the graduates and encouraged them to consider their life plans, write them down, and tell others to hold them accountable. “Each of you here tonight is an achiever,” he said. “You set a goal and accomplished it regardless of the hurdles in your paths. Don’t stop being an achiever – you have one chance in life. Take the risk, take the hard road.”

Commissioner Márquez Peterson told the graduates to embrace taking risks and to keep an open mind, especially when life takes them down paths they don’t expect. She recounted how her husband accepted an unpaid internship in college even though he needed the money. “He didn’t have a car at the time and took the bus. This calculated risk paid off though and when he graduated, he was hired and now runs a healthcare company statewide here in Arizona.”

She advised the graduates to make their families proud and leave their own legacies for Arizona. “Look for opportunities, explore, keep an open mind, see new things, consider launching your own business, build your network and your new contacts. Life is short and you should seize every opportunity.”

Ian Syfert represented the Class of 2022. Syfert graduated from EAC with the highest honors and an associate of arts degree in psychology. Syfert, who plans to attend Northern Arizona University, thanked EAC’s faculty and staff for helping the graduates achieve their goals. He reminded his fellow students to take time and enjoy the small pleasures of life. Referencing Professor Daniel Gilbert of Harvard University, Syfert told graduates that frequent small experiences often beat single extravagant ones. He told graduates to, “savor the little joys in life and don’t give up too many little joys in pursuit of the bigger goals.”

Dr. Melanie Russell represented EAC’s faculty and staff. Dr. Russell’s great-grandmother, Sarah Allred Hunt, was one of EAC’s first students in 1891 when the College was known as the St. Joseph Stake Academy. Dr. Russell has been a professor of English at EAC since 2007. She received her bachelor’s and master’s at Northern Arizona University and her Ph.D. from the University of Sheffield.

Dr. Russell expressed how proud she and the rest of EAC’s faculty were of the graduates. She told them they had already accomplished one of life’s most important goals – just showing up. “You showed up even when it was difficult, even when you were tired or bored, even when you were stressed out and didn’t know if it was worth it or could go on, you kept showing up,” she said.

In a touching moment, Dr. Russell told the graduates to be grateful and to think about those who helped them accomplish their graduation goals. “Think about who, in whatever way, put the possibility of college in your head and told you that you can do it.” She then suggested they break one of her classroom rules by taking out their phones and texting a message of thanks to someone who helped them graduate tonight. Dr. Russell encouraged graduates to find the one thing that matters most in their lives because once they find that, nothing else will matter.

Members of EAC’s graduating Class of 2022 came from 14 Arizona counties, 14 states, and Mexico. Graduates will go on to a broad range of careers and to four-year universities to study business, engineering, education, finance, medicine, and much more.

Eastern Arizona College – the first community college in Arizona – has helped students claim their dreams since 1888. With campuses in Thatcher, Globe, and Payson, EAC’s qualified and caring instructors prepare students for the most in-demand careers and advanced study at universities. EAC offers more than 80 certificates and degrees, including the #1 nursing school in Arizona, a fine arts program featuring the only marching band in Arizona, and an engineering program that brings students up to speed for success at universities and top-tiered firms. Students thrive at EAC, making friendships that last a lifetime. EAC’s vibrant student experience includes on-campus housing, more than 30 clubs and organizations, active intramurals, and nationally ranked athletic and e-sports teams. At EAC, most students leave with $0 debt. Let EAC provide an affordable way for you to claim your dreams. Contact admissions@eac.edu or call (928) 428-8272 today. 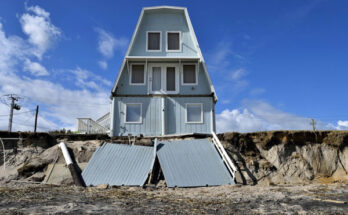 Can your business handle and recover from natural disasters? Here are four things to check