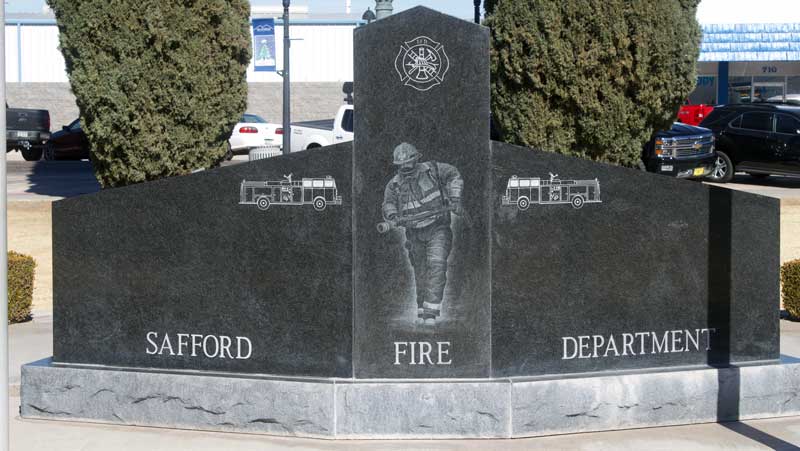 ARTESIA – A fire that began at a dryer machine ended up completely destroying a family’s double-wide mobile home Tuesday night. The family lost most everything in the blaze and they reportedly do not have insurance.

The volunteer Safford Fire Department was dispatched at about 10:21 p.m. to a residence on E. Homer Lane. Upon arrival, the double-wide residence was fully involved, according to Safford Fire Chief Clark Bingham.

The occupants were outside and no injuries to those who live in the home or firefighters were reported. Fire crews stayed on scene until about 1:45 a.m., Wednesday, according to Bingham, and then they had to return the trucks back to the station and prepare them for the next fire call.

Bingham said an occupant of the residence said she had been doing laundry when she noticed black smoke coming from the dryer. The resident attempted to put the fire out with a fire extinguisher, and when that didn’t work they evacuated the residence.

“She got everybody out of the home at that point and called 911,” Bingham said.

Firefighters battled blustery conditions throughout the latter part of the day as fire crews in Pima and Thatcher also responded to three other calls for service. The first of which occurred just prior to 10:30 a.m. See the Gila Herald’s article for a full report and video of that fire.

Bingham said dryers can cause fires in the vents if lint screens are not kept clean. The home was a total loss, but the diligence of the firefighters managed to keep it from spreading.

According to a report in the Eastern Arizona Courier, the displaced family of five is in need of “bedding and children’s items, including size four and size five diapers, Similac Sensitive infant formula, and children’s clothing.” The sizes of the clothing are size 2T for boy clothes and 3T for girl clothes.

Hannah Keir said she is accepting donations for the family at her home at 3481 W. Main St. in Thatcher.

A GoFundMe account has also been set up and can be accessed by clicking here.