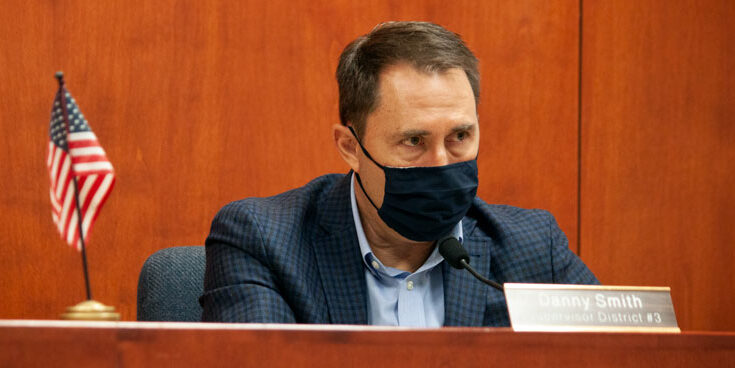 SAFFORD – At its Jan. 4 meeting, the Graham County Board of Supervisors (BOS) unanimously chose Danny Smith (R, District-3) to serve as its chairman.

The BOS Chairman serves a 16-month term and is usually rotated among the three different supervisors. The position conducts the meetings for the BOS.

Outgoing BOS Chairman Paul David (D, District-1) advised those at the meeting about the position and brought it up for a vote.

“I’ve enjoyed my last 16 months of service,” David said. “I’ve learned a lot and, hopefully, didn’t step on too many toes.”

First-year Supervisor John Howard (R, District-2) nominated Smith as Chairman and David as Vice-Chairman. The vote was unanimous among the three supervisors.

Smith thanked outgoing Chairman David for his service and accepted his new appointment.

“Thank you Chairman David for your 16 months of service as the chair and an outstanding job,” Smith said.