Donald Trump lost. This is no lie. Yet the “Big Lie” abides: He was cheated from holding on to the U.S. presidency.

He and his worshipers insist the election was rife with fraud. However, there is not a shred of evidence.

Dozens of courts have refused to hear Trump’s claim as they cite the lack of evidence. Not even the U.S. Supreme Court, with three recently Trump-appointed members, would hear his pleas.

Why? No evidence has been presented to back up Trump’s whining about something that never happened. Yet he and his clownish lawyer, Rudy Guiliani, claim they have evidence. So, where is it, Rudy? Time after time he has said he has proof of voter fraud, yet has not produced a shred of evidence. He claims there will be such proof, so where is it? He has had plenty of time to produce it, so where is it other than in his mind?

So, many of Trump’s misled followers have swallowed the Big Lie so much they rioted and stormed the U.S. Capitol, resulting in the death of a Capitol police officer, ransacking offices, and desecrating the chambers at the core of American democracy.

They yell, “Stop the steal! Stop the steal!” Why so when there is no evidence – none – that the 2020 election was rigged or there was fraud?

Interestingly, when Trump won the presidency in 2016, quite possibly with the help of Russia, he then claimed there had been massive voter fraud. No evidence was ever found to back that claim.

The Big Lie, the very Big Lie is what it is all about to Trump’s supporters. It has become mighty, might serious, and beyond.

During the riot, threats were made against Vice President Mike Pence, who until now has been Trump’s staunchest ally. The crowd chanted, “Hang Mike Pence. Hang Mike Pence” and shouted threats against Speaker Nancy Pelosi. One man said he brought a weapon to kill Pelosi.

Many of the rioters screamed about their “freedoms” being trampled.

What about the freedom of scientists and people in the medical field who are working hard – very hard – so their patients and the public, in general, will be free of the ever-growing specter of death? May there be freedom from the incredible burden people in the medical field and first responders deal with life and death by being on the front line of combating the virus.

What about freedom from the incalculable trauma and grief of families of those who have died and will die from the coronavirus?

How will history report what has happened? Thousands died daily while a mass movement surfaced to support something that is totally false.

Freedoms? Rioters at the Capitol obviously had the freedom – and the means – to obtain transportation and the money it took for hotels and meals. Traveling to and staying in a place like Washington, D.C, costs plenty of moolah. Lots of it.  The rioters had the freedom that thousands and thousands of Americans do not have because they have lost their jobs due to the pandemic. Thousands upon thousands of Americans face the fear of being evicted from their homes or not being able to feed their families.

Many of the rioters looked mighty comfortable and healthy. Many of them were quite overweight – morbidly obese, actually – so they must have the freedom and means of putting food on their tables.

Freedom? Rioters also had the freedom to congregate until the scene at the Capitol turned violent and murderous. First Amendment rights? That went out the window once the situation became violent.

The rioters showed not only anger but also viciousness. The blood lust was obvious in their shouts and actions. And all for what? Because they believe the evidence-free election claims of the liar-in-chief.

Those who have been paying attention to Trump had plenty of insight into what was coming regarding the election. Early in 2020, he began sowing the seeds for the lie to grow.

He nourished them by raving on about the fraud that would result from mail-in ballots being included in the election. He continuously hammered on that point for months leading to the election – and people bought into it. He has continued to call the election “the biggest fraud” ever in the annals of American history.

History? That is something of a surprise since the man is said to read very little.

The pre-election warning of fraud gave him something to blame if he lost. And he did.

Blaming something or someone else should come as no surprise considering the man never takes responsibility for many of his actions, except if it is something that he believes makes him look good.

If we had not witnessed what has happened, we might think the riot was just an exaggerated story or was some ugly Third-World incident.

In the 1940s, a man in Germany said, “Any lie frequently repeated gradually gains acceptance.” Today, The Big Lie is proof of that.

That man was Joseph Goebbels, Hitler’s master propagandist. It is frightening that his words would prophesize something that would occur so many years later in America. 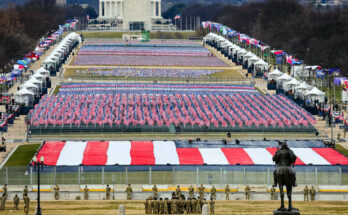 Editorial: What if Washington gave a parade and nobody came? 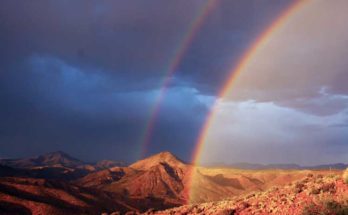 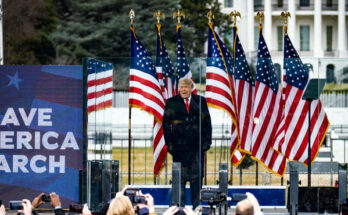