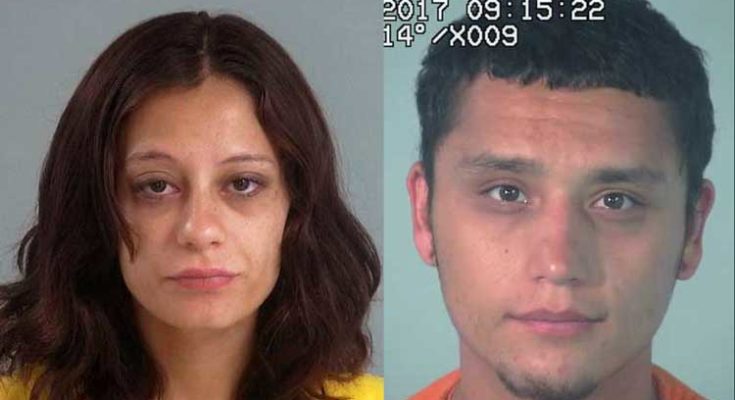 SAFFORD – Those who use hard drugs together stay together?

That has been the trend for Robert Benavidez and Lisa Maennche, who were caught yet again with heroin Sunday, Feb. 11, by an officer on patrol.

The couple was seen walking northbound on 8th Avenue near Catalina Drive at about 8:18 p.m. The officer recognized them as having past involvements and asked if they would talk to him.

While conversing, the officer smelled marijuana and a subsequent search produced a marijuana pipe with residue. Benavidez, who does not have a medical marijuana card, said he was simply holding the pipe for his cousin, who has a card.

Maennche was also searched and a small amount of “brown tar” heroin was located in a backpack she was wearing. The heroin was later weighed at .1 of a gram.

Maennche said the backpack belonged to Benavidez, who replied in the affirmative. A spoon with burn marks and a used hypodermic needle were also found in the backpack. While Maennche said she hadn’t used heroin in three weeks, an officer located several fresh injecting marks on her arms and legs.

Benavidez and Maennche were arrested for possession of a narcotic drug and possession of drug paraphernalia and were taken to the Safford Police Department. After taking their fingerprints, the couple was told charges would be sent to the Graham County Attorney’s Office for review and they were then released.

In July 2017 Maennche was apprehended with .2 of a gram of heroin and was booked into the Graham County Adult Detention Facility on charges of possession of a narcotic drug and possession of drug paraphernalia. At the time, Maennche was four months pregnant and said she relapsed due to stress.

In the 2016 incident, Maennche was pulled over for speeding by a Graham County Sheriff’s deputy and roughly 170 grams of methamphetamine – worth $13,600 on the street at the going rate of $80 per gram – was found in the trunk of the car.

Benavidez was with Maennche during that bust as well and allegedly said while he and Maennche both had recently used heroin and meth, they didn’t know the meth was in the car and that it belonged to the registered owner of the vehicle.