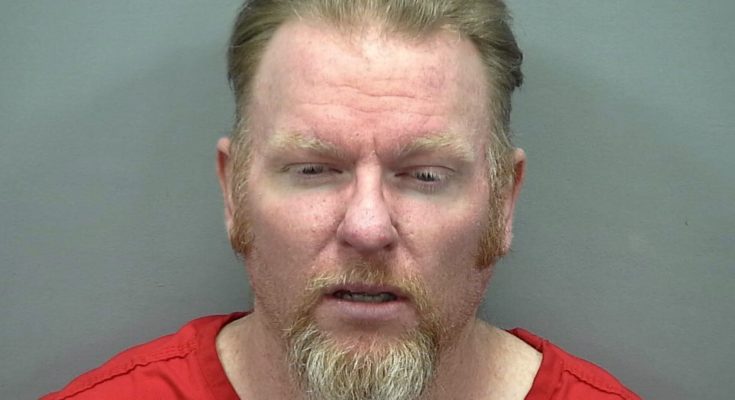 Contributed Photo/Courtesy GCSO: Sean Joseph Fulkerson was sentenced Tuesday to 20 years in prison for possession of child pornography and violating his probation.

Fulkerson was previously sentenced to 60 years in prison after a jury found him guilty of three counts of sexual conduct with a minor in 2005. In that case he had continually molested a young girl for at least four years, starting when she was just 6-years-old.

Fulkerson won an appeal on his sentencing, however, and reached a plea agreement in 2008 that allowed him to serve only five years. He was then released in 2010. That case took place under former Graham County Chief Deputy County Attorney C. Allan Perkins.

While he was no longer in prison, Fulkerson was still on lifetime sexual offender probation, and that led to his most recent case.

The Graham County Probation Department was informed by the Department of Homeland Security that someone in Fulkerson’s residence had appeared to download and upload child pornography. On Feb. 6, probation officers, with assistance from Homeland Security Investigation agents and detectives with the Safford Police Department, searched Fulkerson’s residence and found multiple images of children performing various sex acts on his black, Android cell phone. Probation officers may search a probationer’s residence without the need for a search warrant.

After confronting Fulkerson with the evidence, he signed a confession that stated he downloaded and shared the child pornography and that he did so for his personal sexual gratification.

A petition to revoke Fulkerson’s probation was then initiated, and Graham County Chief Deputy County Attorney L. Scott Bennett filed five counts of attempted exploitation of a minor – Class-3 felonies and dangerous crimes against children in the first degree.

Bennett negotiated an agreement with Fulkerson’s attorney, Ulises Farragut, during a settlement conference Tuesday that was overseen by Judge Peterson. Fulkerson agreed to plead guilty to all five counts in return for a stipulated sentence of 10 years in prison for possessing the child pornography plus an additional 10 years for breaking his probation by possessing it. Once released from prison, Fulkerson will again be placed on lifetime sexual offender probation, and if he breaks it again could face up to 60 years in prison.

“These crimes are appalling, and I am truly saddened that we have anyone here in our county who would commit such a crime,” Bennett said in a press release. “I am, however, very glad that we have great investigators who sniff the criminals out and provide the means that I can do my job and send these criminals away.”

With the dissemination of child pornography over the Internet being a federal crime, Bennett was pleased that the federal government allowed Graham County to prosecute the case locally.

“This case involved police from multiple agencies in multiple countries,” Bennett said. “There was an outstanding investigation completed, and I really appreciate the hard work of the Royal Canadian Mounted Police, the Department of Homeland Security, the Safford Police Department, and our Graham County Probation Department. I also am really grateful to the United States Attorney’s Office for agreeing to our request for jurisdiction and letting us have this one. This was a crime that was committed in Graham County and it seems right to me that the defendant should be prosecuted here. I am glad that it was not a federal court that decided this case but that we were able to take care of business right here in our own courthouse. Sexual crimes are horrific and I cannot praise all those involved with this investigation enough. Their diligence discovered that this garbage was being downloaded and they all put a stop to it.”