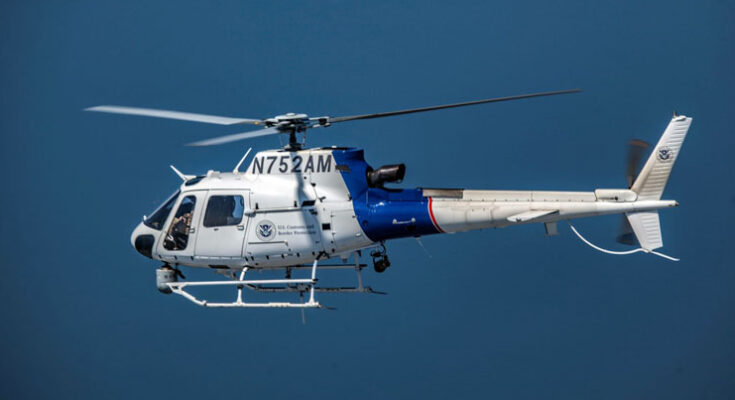 San Miguel — On Jan. 20, 2022, at approximately 7:21 p.m., the Arizona Air Coordination Center (A2C2) received a transferred 911 Call from Pima County from a female migrant located along the Baboquivari Mountains. The woman stated that she was alone and had been in the desert for four days. The call was pinpointed deep in the Baboquivari Mountain range near North Pass, a rugged, remote area about 12 miles north of the border. Agents instructed the woman to stay in place and help would be on the way.

The A2C2 advised the Three Points Station’s, Tactical Operations Center that a Tucson Air Branch AS350 helicopter crew with an Air Interdiction Agent, Aviation Enforcement Agent, and a Border Patrol Agent onboard had responded from the San Miguel Forward Operations Base.

“The desert is dangerous, and smugglers take no issue abandoning migrants once their profit is made,” said Tucson Sector Chief Patrol Agent John Modlin.  “A cell phone can be the difference between life and death. But the bottom line for migrants is – they shouldn’t cross.”

The crew identified a suitable landing site and due to the failing light and mountainous terrain, they validated the safety of the landing area with a practice approach.  The Aviation Enforcement Agent and Border Patrol Agent searched the area and found the woman. Due to environmental conditions, the decision was made to fly the woman and the Border Patrol Agent back to the San Miguel Forward Operating Base.

“Flying in the mountains in the Tucson area is challenging and dangerous, especially at night,” said Tucson Air BranchDirector, Michael Montgomery.  “The safety of our agents and the people we encounter in the field are our highest priority.”