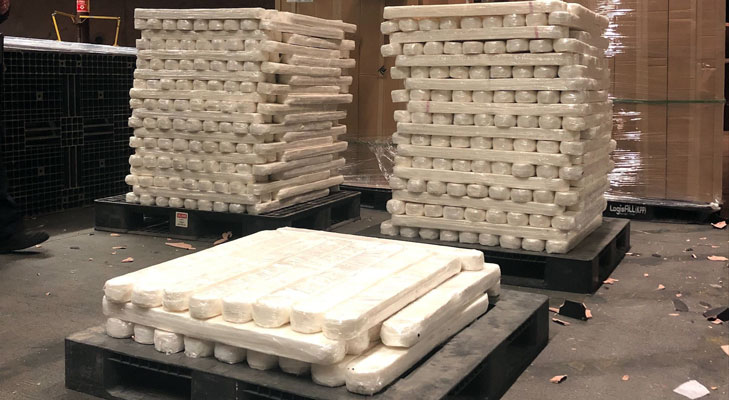 Roughly 3,280 pounds of meth were seized at Port of Nogales

NOGALES – U.S. Customs and Border Protection, Office of Field Operations, Port of Nogales officers arrested a Mexican national this week in connection to a record seizure of methamphetamine by CBP officers in Arizona.

Wednesday afternoon, officers at the Mariposa Commercial Facility referred a 21-year-old Mexican male for additional inspection of the tractor-trailer as he attempted to enter the U.S. A non-intrusive inspection of the contents resulted in a positive alert by a CBP narcotics detection canine to a scent it is trained to detect. A physical search of the shipment of commercial auto parts led to the discovery of more than 470 packages of methamphetamine hidden within the truck. The drugs were determined to weigh nearly 3280 pounds.

Officers seized the drugs and vehicle, while the subject was arrested and then turned over to U.S. Immigration and Customs Enforcement’s Homeland Security Investigations.

“While CBP Officers facilitate legitimate trade and travel, they remain focused on our highest priorities which includes stopping the flow of hard narcotics such as methamphetamine and opioids from entering our country.” He concluded, “Our officers prevented these dangerous drugs from causing devastation to families and ultimately saving many lives, not only in our community but throughout the United States.”

Federal law allows officers to charge individuals by complaint, a method that allows the filing of charges for criminal activity without inferring guilt. An individual is presumed innocent unless and until competent evidence is presented to a jury that establishes guilt beyond a reasonable doubt.