Contributed Photo/Courtesy U.S. Customs and Border Protection: Officers seized a combination of heroin, fentanyl, meth, and cocaine from throughout a smuggling vehicle. Roughly $1.6 million worth of drugs was seized in three separate incidents Monday.

NOGALES – U.S. Customs and Border Protection, Office of Field Operations, officers arrested a Mexican national and four U.S. citizens for separate alleged attempts to smuggle a 187 pounds of methamphetamine, heroin, cocaine, and fentanyl through Arizona Ports of Entry on Monday.

Officers at the Port of Douglas referred a 47-year-old Douglas, Arizona, man for additional inspection of his KIA sedan, as he attempted to enter the U.S. through the port early Monday morning. The search of the vehicle led to the discovery of 3 packages of drugs from within the rear seats, which were determined to be just more than 9 pounds of cocaine, worth almost $123,000.

Earlier that morning, officers assigned to the DeConcini Crossing in Nogales referred a 42-year-old female resident of Oracle, Arizona and her 40-year-old female Mexican national passenger for an additional search of her Nissan sedan as they attempted to enter the U.S. through the port. After a CBP narcotics detection canine alerted to a scent it is trained to detect, the search led to the discovery of 50 packages throughout the vehicle. The contents were determined to be more than 54 pounds of meth, worth almost $49,000.

That afternoon, officers at the DeConcini Crossing selected a 30-year-old female driver and her 26-year-old male passenger, both from Mesa, for an additional search of her Chevy SUV as they attempted to enter the U.S. through the port. A positive alert by a CBP canine led to the removal of more than 70 packages of drugs from throughout the vehicle. They were identified as more than 90 pounds of heroin, worth more than $1.03M; more than 11 pounds of fentanyl, worth more than $122,000; more than 2 pounds of meth, worth almost $2,000 and nearly 20 pounds of cocaine, worth almost $272,000. 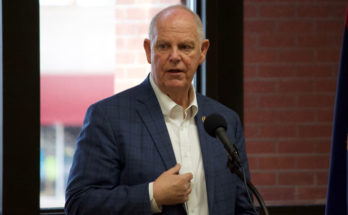