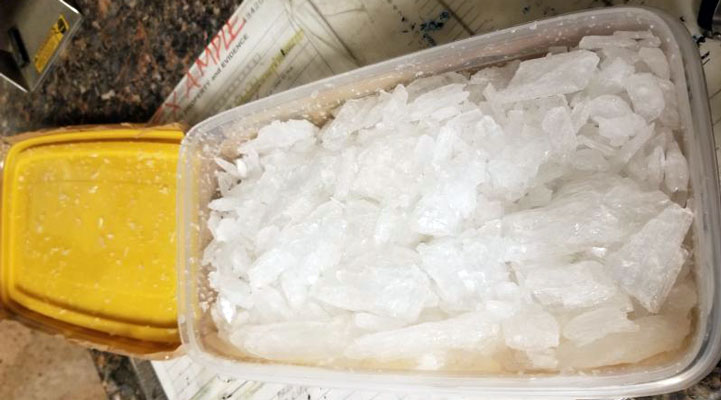 Contributed Photo/Courtesy U.S. Customs and Border Protection: A CBP canine alert led agents to the discovery of more than 600 pounds of methamphetamine.

Around 2 p.m., Tucson Sector agents at the Highway 286 immigration checkpoint encountered a 26-year-old Hereford, Arizona, man driving a Ford F-250 utility truck. After referring the vehicle to secondary inspection, they found several packages of suspected narcotics in a compartment hidden beneath the utility portion of the truck. A Border Patrol canine alerted to potential additional narcotics within the truck’s frame.

Due to the isolated nature of the tactical checkpoint and the complexity of the compartment, agents towed the vehicle to the Sasabe Port of Entry in order to safely inspect its highly modified areas as well as the packages of suspected drugs.  In cooperation with the Office of Field Operations, Customs and Border Protection officers and Border Patrol agents discovered more than 600 pounds of meth. The drugs have an approximate street value of $1.4 million.

The truck, meth and driver were turned over to Special Agents from Homeland Security Investigations.