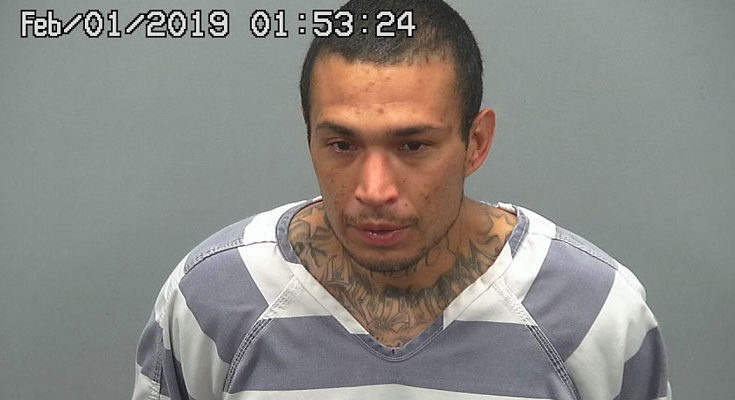 Abrams out; Luff to remain as counsel

SAFFORD – The trial of Manuel Ramon Campos, 38, for the Dec. 18, 2017, shooting of Gary Don Hess will proceed as scheduled. During a hearing Friday, Graham County Superior Court Judge Pro Tem Travis Ragland confirmed the dates of the trial for Nov. 18 – 22 after the court was informed that a proposed attorney change would not occur.

At a previous hearing Wednesday, Campos’ appointed attorney, Richard Luff, of Tucson, told the court that Campos was considering hiring Tucson-based attorney Ivan Abrams. However, on Friday, Cochise County Deputy County Attorney Daniel Akers informed the court that Abrams had advised he would not take Campos’ case after he was told he would not be able to do so due to a conflict. Abrams represents Daniella Chapman on a separate drug case where she is the defendant. Chapman is the alleged victim in Campos’ other shooting case that occurred in Thatcher on Jan. 31.

On Friday, Luff said he is ready to “zealously defend” Campos at trial. According to a discussion between the parties during the Wednesday hearing, Judge Ragland informed them during settlement negotiations that he would be unwilling to take a plea for anything less than a consecutive sentence of seven years, which is what his co-defendant, Robert Lee Lafler, received. Lafler, 36, was sentenced in April 2018 to seven years in prison to be followed up by four years of probation after he took a plea agreement and pleaded guilty to misconduct involving weapons – a Class-4 Felony, and an amended charge of discharging a firearm at a residential structure – a Class-2 Felony.

According to police reports, Lafler was with Campos as they approached the residence in the 900 block of State Route 366 (Swift Trail) with a handgun and a shotgun. Surveillance footage at the residence allegedly shows Campos with a shotgun just before it fired through the door.

Campos, who has already been sentenced to 12 years in prison for possession of a deadly weapon regarding the shotgun in the Chapman case, is facing roughly 70 years as a maximum sentence if he is found guilty on all counts in the Hess case alone. His charges include aggravated assault with a deadly weapon, aggravated assault resulting in disfigurement, two counts of assault, discharging a firearm at a residence, three counts of disorderly conduct with a weapon, three counts of endangerment, and possession of a deadly weapon by a prohibited possessor.

The trial may also see the return of Lafler to Graham County as Luff said he is entertaining the possibility of calling him as a witness for the defense. Prior to Lafler taking his plea and being sentenced to prison, he had an incident in the Graham County Adult Detention Facility that ended up with two detention officers being fired and a third receiving a reprimand. Lafler could be held in the jail during the trial instead of being transported back and forth to prison every day he is needed.

After the Hess trial, Campos will have the Chapman trial in which he faces charges of aggravated assault with a deadly weapon, armed robbery, two counts of burglary, and disorderly conduct with a deadly weapon. He is being represented in that case by his appointed attorneys Daisy Flores, of Globe, and Dennis McCarthy, also of Globe. Akers is prosecuting both cases due to a conflict with the Graham County Attorney’s Office.