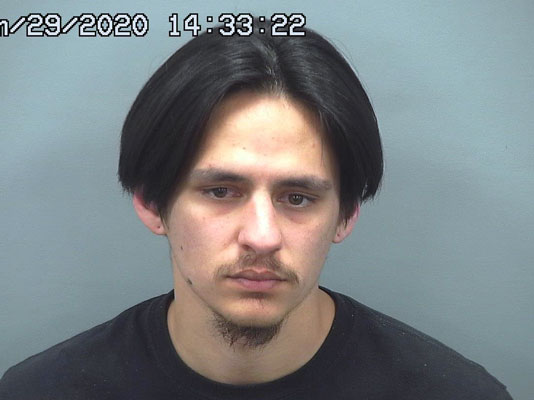 SAFFORD – Three years ago, Isabel M. Aparicio, 20, of Solomon, lost her life in a single-vehicle rollover in Solomon. Now, her passenger, Jace Austin Saiz, 22, of Avondale, has been charged with contributing to her death.

According to the initial report from the Graham County Sheriff’s Office, Aparicio died in the early evening of Friday, March 10, 2017, when her green, 1994 Ford Escort went off the north side of Solomon Road onto the dirt shoulder and into a concrete ditch just east of the San Simon Bridge. The vehicle dragged in the cement canal until it flipped and came to rest on its top north of the canal.

At the time, Saiz allegedly told investigators that he was in the front passenger seat looking out the window when Aparicio called out his name and he looked forward and saw the vehicle going off the roadway. Saiz only suffered cuts to his legs and advised that he believed Aparicio was speeding when the crash occurred.

However, investigators received and discovered subsequent information after the initial report that indicated Saiz was not fully forthcoming in his statements. Some of the new information included a cell phone video of an argument Saiz and Aparicio had while driving just prior to the crash in which Saiz yells at Aparicio, calling her names and advising her that if she didn’t stop the car he would “(expletive deleted) her up.”

Additionally, investigators learned of a conversation between Saiz and a friend of his that Saiz allegedly had over the phone while he was still at the hospital. According to the report, Saiz allegedly admitted to being the driver and wrecking the car on purpose in an effort to kill both Aparicio and himself.

An investigator then examined the wrecked car that was being stored at the Graham County Maintenance Yard and deduced that Saiz couldn’t have been in the front passenger seat as he claimed or he would have suffered severe injuries due to the damage to the car.

Saiz was then interviewed again and allegedly admitted to having the argument with Aparicio prior to the crash. He then allegedly said that he climbed into the backseat, grabbed Aparicio’s throat and choked her as the car approached the bridge.