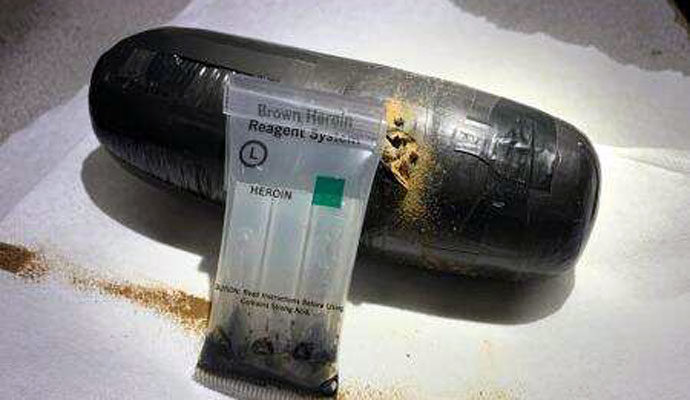 Contributed Photo/Courtesy U.S. Customs and Border Protection: A woman attempted to smuggle this bundle of heroin by placing it inside herself. The test kit shows a positive for heroin.

On Tuesday, at approximately 5:40 p.m., a Border Patrol canine at the checkpoint alerted to a Volkswagen Jetta with two occupants. During the secondary inspection, the passenger, a 20-year-old female from Mexico, was found to be concealing a bundle of heroin in her groin, weighing approximately 295 grams.

The woman, legally present in the United States, was arrested and faces prosecution for narcotics smuggling.

U.S. Customs and Border Protection officials welcome assistance from the community. Individuals can report suspicious activity to the Border Patrol and remain anonymous by calling 1-877-872-7435 toll-free.