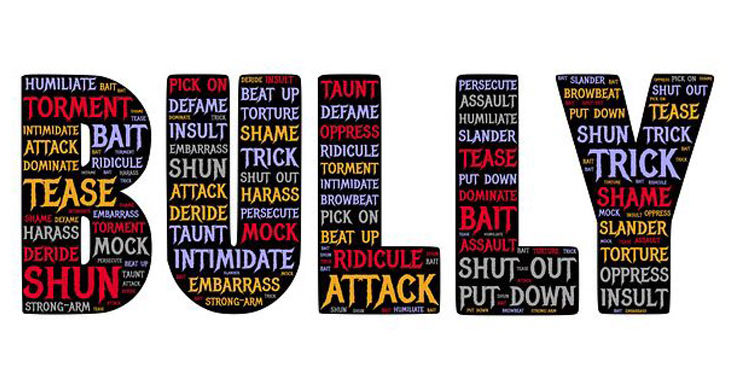 But, here’s my question. How do we as adults hope to prevent bullying among our youth when adults can be some of the vilest verbal word-villains?

Blake tweeted back with such dignity and grace — she’s my new heroine. She showed three happy selfie pics and educated the mug-thugs about Freeman-Sheldon Syndrome, a genetic bone and muscular disorder. She’s experienced 26 surgeries. Say howdy to her at melissablakeblog.com.

I’ll admit that I wanted to smear Gorilla Glue Epoxy on the cyber-bully’s malicious lips. And dip their foul fingertips in battery acid.

“Most of us encounter adult bullies at certain points in our lives. An adult bully can be an intimidating boss or colleague, a controlling romantic partner, an unruly neighbor, a high-pressure sales/business representative, a condescending family member, a shaming social acquaintance, or other types of abusive relationships,” surmised a 2016 online article at Psychology Today.

An adult bully can also be a president, a politician, a professor, a physician, a police officer, a TV producer, a preacher, a parent, a partner, or a peer. A bully likes power and control. “It’s my way or the highway.” Bullies can often be found in positions of power.

Being bullied goes right to our core and we feel disrespected and treated unfairly. We expect adults to act and react with maturity, not with a total toxic tongue. Bullying behavior is a consistent and intentional pattern of intimidation, harassment, or aggression.

In a 2018 article on the Ohio State University Wexner Medical Center website, Ken Yeager, Ph.D., reported, “Adults are being bullied at levels similar to adolescents, according to a 2017 survey conducted on behalf of the American Osteopathic Association. The online survey of more than 2,000 U.S. adults found that 31 percent of Americans have been bullied as an adult. The survey defined bullying as being subjected to repeated, negative behavior intended to harm or intimidate.”

Again, I ask the same question. How do we as adults hope to prevent bullying among our youth when adults can be belligerent bullies?

And reality TV shows are ripe with bullying behaviors. It appears that competition can bring out the snarky, nasty, and ghastly: threats, personal attacks, manipulation. Pathetic producers pander the performance drama for ratings. Folks, just change the channel.

Bill O’Reilly, a former Fox News host, was finally fired — he reigns as the classic bully of the on-air culture of a host bullying guests.

“Simple peck-order bullying is only the beginning of the kind of hierarchical behavior that can lead to racism, sexism, ethnocentrism, classism, and all the other ‘isms’ that cause so much suffering in the world,” surmised Octavia Butler.

As adults, we must continue to role model and teach the Golden Rule to our children. I ask another question. Can we create a world without bullying?