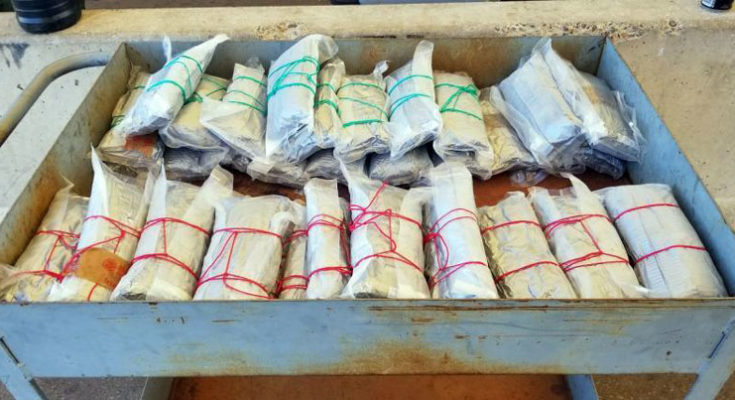 Contributed Photo/Courtesy U.S. Customs and Border Protection: Agents seized 48 pounds of meth from within a smuggling vehicle stopped at the I-19 immigration checkpoint.

Tucson Sector agents referred a 1999 Acura for a secondary inspection after it entered the checkpoint Sunday morning. Following an X-ray of the vehicle, agents discovered 42 packages of methamphetamine, weighing approximately 48 pounds, concealed inside the gas tank. The narcotics have an estimated street value of $51,000.

Agents arrested the 37-year-old male driver, while the drugs and the vehicle were processed for seizure. The case has been turned over to the Drug Enforcement Administration.

U.S. Customs and Border Protection deploys a wide variety of detection technology for its law enforcement officers to use in order to keep the nation safe from illegally smuggled narcotics.