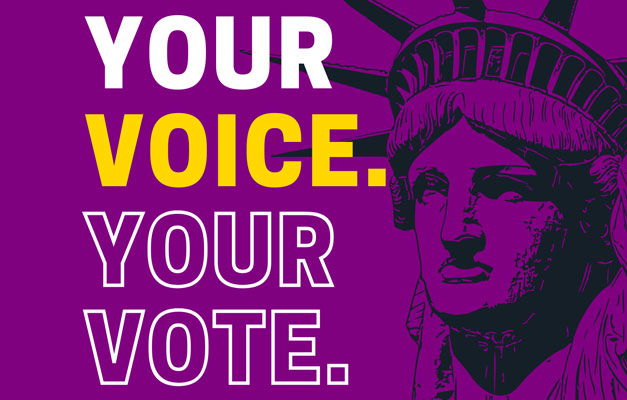 THATCHER — The Associated Students of Eastern Arizona College’s Non-Partisan Club, in conjunction with the Graham County Recorder’s Office, will host an early voting site in the EAC Fine Arts Auditorium lobby on Oct. 28 from 10 a.m. until 2 p.m. To encourage attendance, pizza and drinks, games, and other activities will take place on the Fine Arts Auditorium lawn.

“This is a non-partisan effort dedicated to building the political power of young people,” said Dr. Gary Sorensen, dean of students for Eastern Arizona College. “We want students to understand the issues, learn about the various candidates and their positions, and participate in our democracy.”

Funding for this early voting event comes from a grant EAC received from MTV’s Early Voting is Easier Campus Challenge. EAC was one of two Arizona colleges to receive this grant intended to boost ongoing efforts to increase student voter participation.

EAC received an initial $3,000 grant from MTV in early 2022. The first grant was designated to cover a staff member’s time to boost campus voting efforts and for educational outreach during student orientation. Based on the success of early campus efforts, MTV awarded EAC an additional $2,500 to support activities planned for October. Since that time, EAC’s students have been involved in media interviews with MTV and other major news affiliates.

“The community is invited to vote early and enjoy a slice of pizza with us,” said Sorensen. “Early voting is for everyone and we’d love to have the community join us in this effort.”