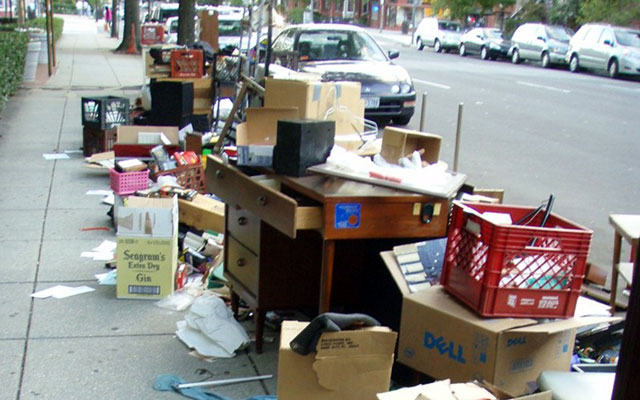 Photo By Daniel Lobo/Creative Commons: While a federal moratorium on some evictions during the COVID-19 pandemic ended in July and its replacement is up in the air, the state extended protections for renters through Oct. 31 but renters have to alert their landlords by late August.

WASHINGTON D.C. – Arizona renters may have breathed a sigh of relief last month when Gov. Doug Ducey extended the state moratorium on residential evictions to Oct. 31.

But for some of them, Oct. 31 could come as soon as later this month if they don’t act.

In his July 16 executive order, Ducey said that renters who wanted to defer a pending eviction have until Aug. 21 to notify their landlord in writing of a COVID-19 hardship and request a payment plan.

“After August 21, renters will need to provide their landlord or property owner a copy of their completed pending application for rental assistance through a state, city, county or nonprofit program” in order to defer eviction, the order says.

When Ducey announced the extension of the first residential eviction moratorium, state efforts to provide assistance to renters were lagging. Just 1,266 out of 18,784 applications for rental assistance had been approved at the time, an approval rate of 6.7%.

Applications for the Rental Eviction Prevention Assistance program are being processed by 11 community action agencies around the state, according to Janelle Johnsen, communications director for the Arizona Department of Housing.

She said in an email that one of the problems those agencies are running up against is that almost half of the applications are incomplete due to missing documentation, which can slow down the process. ADOH statistics showed that 8,019 of the submitted applications as of Aug. 3, or 39.5%, were incomplete.

Johnsen says that ADOH has recently changed a number of policies to the program to make the funding more flexible and has eased the supporting documentation requirements.

Even if they can get approved, however, the assistance program is not likely to clean the slate for renters.

Tenants can get assistance for past-due rent, but have to reapply for every month that they go further into debt to their landlord. To be eligible, renters have to show that they have lost income because of COVID-19, such as through the loss of a job, or that they have a medical reason, such as being quarantined or having to care for a sick relative.

Lamar Hawkins, an attorney at Guidant Law Firm in Tempe, says landlords could move quickly once the moratorium expires, which is why he encouraged tenants to have open communication with their landlords.

Hawkins noted that it is easier for landlords to hang on to current renters than having to kick them out, eat the money that they were owed in back rent and find new people to rent the vacant space.

But Cathy Fisette said she’s done everything right and still worries that she will not be able to avoid eviction.

Furloughed from her job in March due to the pandemic, and with her unemployment benefits winding down, the Tempe resident is in a tough position. Her complex had been waiving late fees for rent, but she said that is no longer the case.

She told her landlord that her family was “struggling and couldn’t pay rent on time,” but was told that it is due on time and that partial payments would not be accepted. And she was told that it could take up to 90 days before her application is even looked at.

“They don’t care,” Fisette said. “All they care about is money.”

Diane Yentel, president and CEO of the National Low Income Housing Coalition, said in an email that Fisette is not alone, watching benefits dwindle and unable to pay their rent once eviction moratoriums end.

The Coronavirus Aid, Relief and Economic Security, or CARES, Act, included moratorium on eviction from federally subsidized properties, or for renters in homes covered by a federally backed mortgage. But that protection ended July 24, and Congress has not yet been able to reach agreement on a replacement relief package.

“A patchwork of federal, state, and local moratoriums give short-term relief to some people but leave many unprotected,” Yentel said. “Eviction moratoriums on their own aren’t enough and when the moratorium ends, many renters will fall off a financial cliff trying to pay back-rent owed.”

ADOH says applications for the COVID-19 Rental Eviction Prevention Assistance program are still being accepted and assistance is paid directly to the landlord.

Hawkins said it’s great that Arizona is offering a multitude of programs to assist those impacted, but warned that renters need to stay up to date and stay on top of the current happenings.

“Tenants need to stay educated, and not bury their head in the sand,” he said.