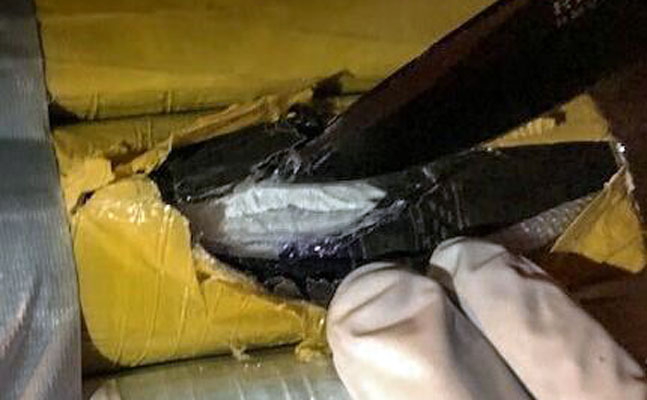 Contributed Photo/Courtesy U.S. Customs and Border Protection: Agents seized 11 kilograms of cocaine that was dropped from a drone.

On Wednesday, Yuma Sector Agents recovered a small bundle from a SUAS. The bundle seized contained approximately 463 grams of methamphetamine and has an estimated street value of nearly $3,000. On Saturday night, individuals in Mexico launched a drone that entered U.S. airspace and dropped multiple packages. Responding agents were able to retrieve the 10 packages dropped by the drone. The contents of the packages weighed approximately 11 kilograms of a substance that tested positive for cocaine.

The approximate street value of the cocaine seized is $306,000. Yuma Sector agents detected another drone on Sunday evening. Yuma Sector Border Patrol Agents recovered two of the three drones in these encounters.