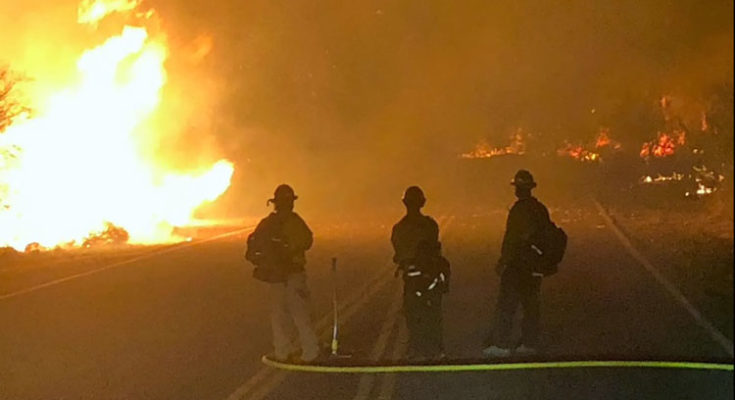 No structures lost or major injuries reported to date

SUPERSTITION MOUNTAINS WILDERNESS – The Woodbury Fire has caused the evacuation of the Roosevelt area, but to date, no structures have been lost even as the fire now encompasses 112,889 acres with 25 percent containment as of Monday morning.

A smoky haze from the fire descended upon the Gila Valley on Monday, but there were no warnings about unhealthy air for those with respiratory issues.

While no major injuries have been reported, there have been some minor lacerations and heat-related illness due to the blaze.

On Sunday, the wind-swept fire spread on its northern edge south of Apache Lake toward Four Ranch. Firefighters applied back burning to the area from Davis Ranch to Fish Creek to stop the fire before it progressed to infrastructure along the State Highway 88 corridor. Additional firing operations are also scheduled for today, which will send up smoke, along with interior burning.