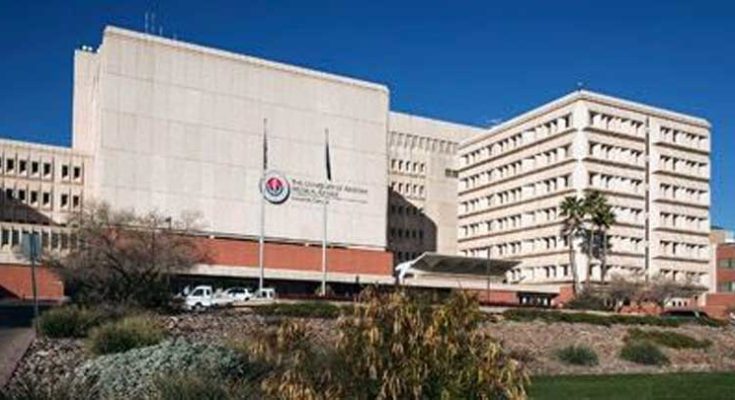 Amanda Chacon was airlifted to Banner-University Medial Center Tucson on Sunday after being shot in her leg.

GRAHAM COUNTY – Amanda Chacon, 29, was airlifted to Banner-University Medical Center Tucson (UMC) on Sunday after being accidentally shot in her leg by a shotgun.

First responders were dispatched to the intersection of U.S. Highway 191 and Artesia Road at about 4:04 p.m. regarding the incident.

According to reports from the Graham County Sheriff’s Office, Chacon was with a group of friends who had been shooting clay pigeons when one member of the group, Steve Owens, 40, had an accidental discharge of his .12-gauge shotgun after reloading it. Owens allegedly told a deputy that the gun went off upon him closing the barrel, and another witness allegedly said he saw Owens place the gun on a table prior to the shot.

Chacon was standing next to the reloading table and the shot struck her inner right thigh. Those present immediately tended to her and called 911. They then loaded her into a vehicle and began transporting her to Mt. Graham Regional Medical Center (MGRMC). The group met up with paramedics from Lifeline Ambulance just south of the intersection of U.S. Highway 70 and Quail Trail Road, and Chacon was treated there and then transported the rest of the way to the hospital by ambulance.

After initial treatment at MGRMC, Chacon was placed into a helicopter and flown to UMC, where she underwent surgery to repair a blood clot issue. She was scheduled to perform physical therapy prior to her release from the hospital.

While Chacon told deputies she did not desire to press charges against Owens and by all accounts and evidence at the scene the shooting was accidental, the Sheriff’s Office deemed Owens was reckless in the manner in which he handled the shotgun, which caused significant injury to a person, and still could be charged as such.