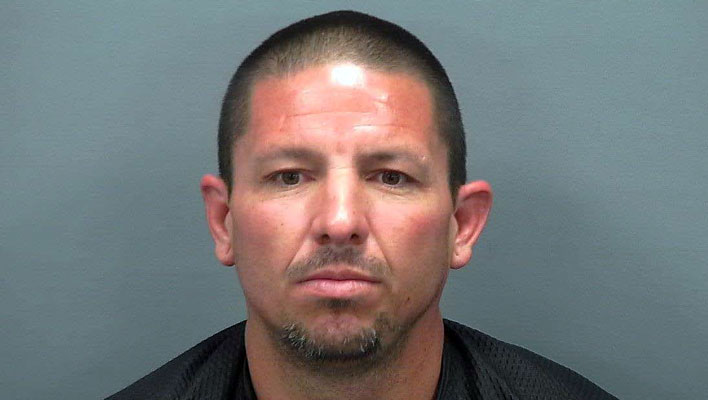 SAFFORD – A man wanted on a warrant after a petition to revoke his probation was filed was captured Friday with multiple containers of methamphetamine after a brief struggle with probation officers.

A search of Benavidez and his backpack resulted in officers finding two digital scales with drug residue, two glass vials with methamphetamine, a homemade pill bottle/bong with a “large amount of usable” methamphetamine, two syringes, and a glass meth pipe. A pill bottle with a small amount of marijuana and a glass marijuana pipe was also located.

During interrogation, Benavidez allegedly admitted running from the probation officers because he knew he was going to go to jail and he didn’t want to. He said he struggled with drug addiction and smokes methamphetamine, according to the police report.

Benavidez’s belongings were left with the probation officers to return to his girlfriend, and he was taken to jail and booked on the above-listed charges.