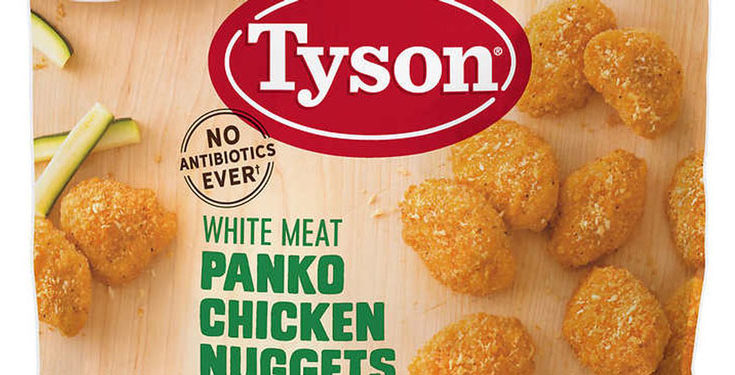 Nuggets may be contaminated with rubber

WASHINGTON D.C. – Hackneyed comics have long used a rubber chicken in their acts; it’s not funny then and definitely is not funny to find real rubber in with a bag of chicken nuggets.

Tyson Foods, Inc. headquartered in Sedalia, Missouri, is recalling approximately 36,420 pounds of chicken nugget products that may be contaminated with extraneous materials, specifically rubber, according to a United States Department of Agriculture Food Safety and Inspection Service press release.

The release stated the problem was discovered after a number of complaints of extraneous material in the chicken nugget packages.

The recall is for Tyson’s five-pound packages of “White Meat Panko Chicken Nuggets” with a “Best if Used By” date of Nov. 26, 2019 and an establishment number of “P-13556” inside the USDA mark of inspection. The bags were shipped to retail stores nationwide.

While there have been no confirmed reports of adverse reactions due to consumption of the nuggets, people who have purchased these products are urged not to consume them but instead throw them away or return them to the place of purchase.