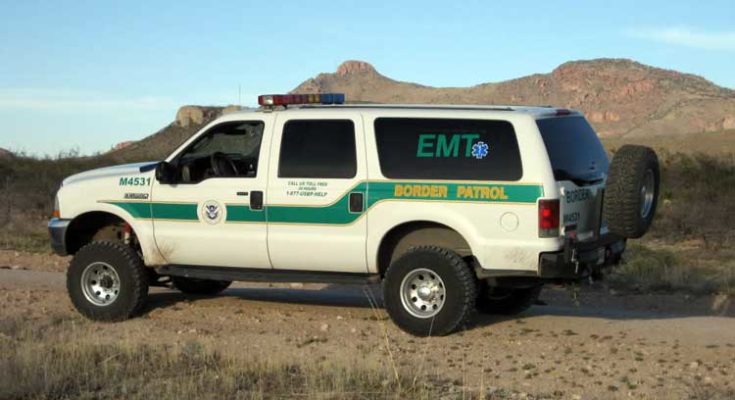 NEW MEXICO – On July 27, at approximately 4:05 a.m., a Border Patrol agent driving an unmarked U.S. Border Patrol vehicle was conducting roving patrol duties on New Mexico Highway 9 and observed a Tahoe driving westbound near mile marker 144. The agent observed the vehicle drive past his location heading eastbound on Highway 9 and the vehicle appeared to be carrying more weight than when he initially observed it. The agent proceeded to follow the vehicle and noticed that it was driving slower than the normal rate of speed for the highway.

The supervisory agent immediately requested emergency medical services and the assistance of other agents in the area due to what he believed was a vehicle accident. When he arrived at the intersection of Airport Road and McNutt Road he observed the suspect vehicle in a ravine on the side of the road and realized that power lines were down across the road due to having struck a utility pole. Additional agents arrived at the crash site and blocked traffic to prevent civilians from striking the downed power lines.

A short time later, the Sunland Park Fire Department, EMS, and Border Patrol Search Trauma and Rescue agents arrived on the scene and started tending to the injured occupants of the vehicle. There were a total of 13 suspected undocumented migrants in the suspect vehicle. EMS Medics transported four migrants to the Las Palmas Medical Center in El Paso, Texas, for further medical evaluation and additional medics transported six migrants to the University Medical Center in El Paso, Texas. One migrant was uninjured and transported to the Santa Teresa Border Patrol Station. Two migrants trapped underneath the suspect vehicle, both citizens of Mexico, were declared deceased on the scene by EMS medical personnel.

This incident is being investigated by the New Mexico State Police, and Homeland Security Investigations, and is under review by the CBP Office of Professional Responsibility. DHS Office of Inspector General was also notified.