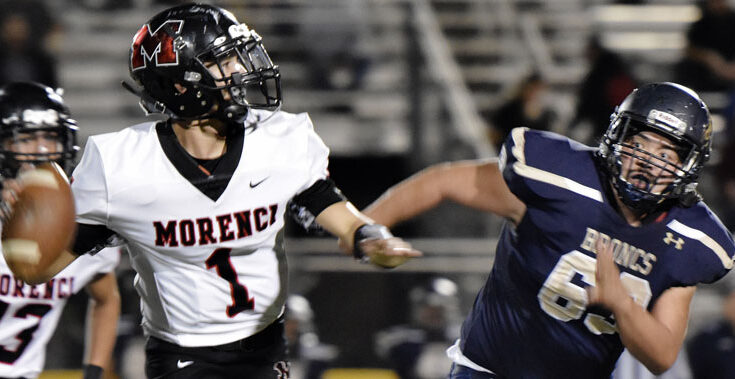 Raymundo Frasquillo Photo/Gila Herald: Morenci QB Daylen Johnson (1) gets ready to throw the ball to avoid the sack by Abraham Silva. Johnson went 4-7 for the game with 2 TDs against Parker in the state semifinals.

Most are appealing to go down a conference

PHOENIX – The Arizona Interscholastic Association (AIA) has advised of its member schools appealing the conference placements for the 2022 football season.

Yuma Catholic and Snowflake, both perennial state champion game teams, are appealing being placed into the 4A conference from 3A. Likewise, Benjamin Franklin and Northwest Christian – who made the jump to 4A the year prior – are appealing to go back down to 3A.

The AIA Executive Board will hear the appeals and make its final rulings on them at the board’s regularly-scheduled needing on Jan. 18. 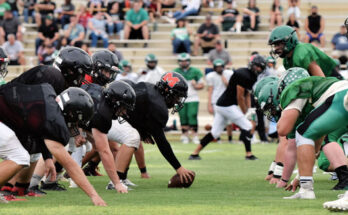