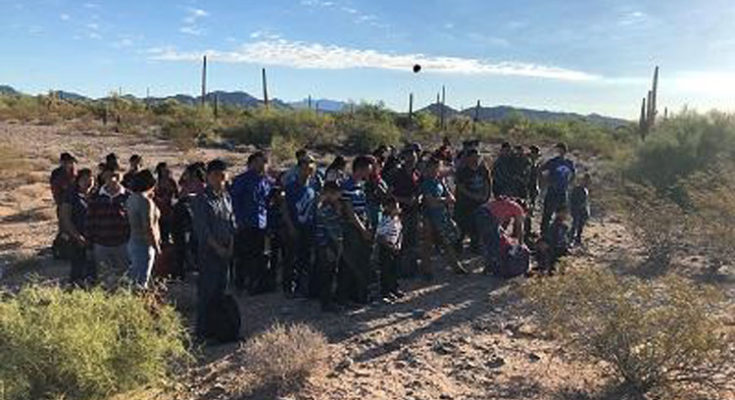 Photo By U.S. Customs and Border Protection: Ajo agents apprehend a group of 100 men, women, and children in southern Arizona.

Both groups consisted of family units and unaccompanied juveniles from Guatemala, Honduras, and El Salvador, ranging in age from 11 months to 59 years.

Agents transported the groups, found to be in good health, to the Ajo Border Patrol Station to be processed for immigration violations.

In the last three months, agents have arrested more than 1,200 people, in similar group sizes, within the same general vicinity.