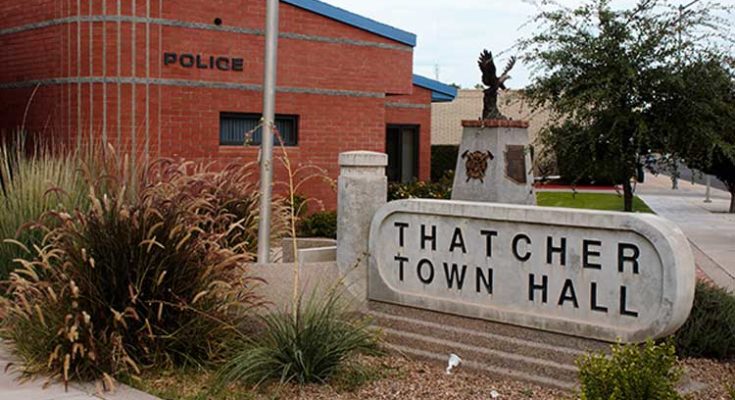 THATCHER – Thatcher Police are investigating a reported murder in the Quail Ridge subdivision.

Police responded to the subdivision early Tuesday morning regarding a call from a man who claimed to have shot a person, according to a press release from the Thatcher Police Department. The subject, later identified as Bobby Benitez, 64, allegedly told the 911 operator that he wanted to commit suicide by police.

Upon arrival, officers had a brief standoff that ended when Benitez shot himself. Benitez was provided with medical treatment at the scene and was then taken to Mt. Graham Regional Medical Center for further treatment.

An inspection of the residence located a deceased woman identified as Patty Noise, 42. Her death is being investigated as a homicide. Benitez and Noise were reportedly romantically involved, and the homicide started as a domestic incident.

“This is an active investigation and no further comment will be made until its appropriate to do so,” said Thatcher Police Chief Shaffen Woods in the press release. “We would like to extend our most sincere condolences to the families affected by this incident.”

“ We would also like to thank the Safford Police Department and Graham County Sheriff’s Office for their assistance as well as the staff at Lifeline Ambulance and Mt. Graham Regional Medical Center.