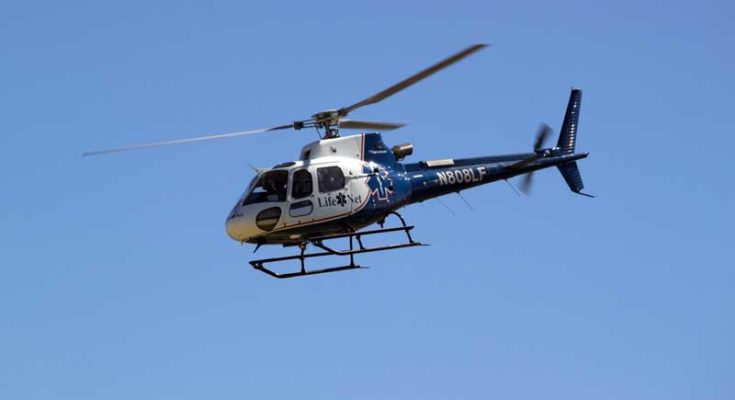 Jon Johnson File Photo/Gila Herald: A 17-year-old dirt bike rider was flown to UMC in Tucson by Lifenet on Wednesday. This is a picture of the same helicopter at a different event.

GRAHAM COUNTY – A 17-year-old male was airlifted to Banner-University Medical Center Tucson on Wednesday after being in a collision on his dirt bike with a Jeep.

According to a news release from the Graham County Sheriff’s Office, the collision took place in the area of the Blue Ponds at about 3:44 p.m. The vehicles were traveling on the same trail road in opposite directions and collided at a blind corner.

The motorcyclist was thrown from the bike into the Jeep’s windshield and then onto the roof of the Jeep. He reportedly suffered a broken leg and possible head fracture. No information regarding the status of the operator of the Jeep was provided.

The motorcycle then caught fire, which, in turn, caught the Jeep on fire as well. Others at the scene removed the teen from the roof and got him away from the vehicles as they burned. The Thatcher Fire Department responded and put out the fires.

The Sheriff’s Office investigation into the collision is ongoing.