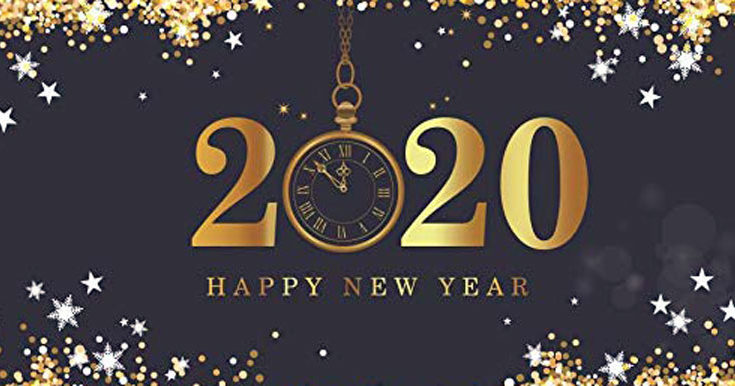 The Statistic Brain Research Institution reports that 90 percent of New Year’s resolutions are broken. Would you take medication that was ineffective 90 percent of the time?

Pete the Cat, stick that in your groovy hat. Adults are not able to follow through with pie-in-the-sky resolutions made on Jan. 1. So, why introduce kids to failure?

Why do we keep making promises at the beginning of every year with unrealistic expectations? “The making of New Year’s resolutions is an old habit of the human race, extending all the way back to the ancient Babylonians, who were making resolutions about 4,000 years ago. They made promises to their gods to pay off debts and returned borrowed items — promises that, if kept, were thought to curry favor with the gods in the coming year.” www.beliefnet.com.

New Year’s resolutions stink, especially the vows about dieting. So, how’d that work out for you in the year 2019? Yup, that’s what I thought. News flash: skinny does not equal happy. News flash: fat does not melt off with a magic pill, potion, or patch. News flash: your body is your friend, not your enemy. News flash: Body Mass Index (BMI) is a terrible indicator of health. Example: Dwayne “The Rock” Johnson has a body-mass index, or BMI, of 34.3, which means, according to U.S. government standards, the Rock is obese. BMI can’t distinguish between fat and lean tissue. Nor can it distinguish between different types of fat. Why not consider blood pressure, glucose levels, triglycerides, and cholesterol?

Your new year will not be happy if your goal is a fad diet to lose weight quick and easy. A fad diet that actually worked, where weight is lost and maintained, would be splattered on every news outlet, social media, and website around the globe. The originator of a fad diet that works would be a guest on every talk show. And his/her books would be on the top shelf in bookstores. News travels faster in our age of technology. And so does fake news.
Come January 2, the gyms will be full of people 24-7. By January 31, these newbies are gone. Ouch! Money is wasted on a membership when you don’t use it.

Follow the money. Promoting diets and diet products is a major industry in the United States. But, could the winds be shifting? An October 2015 report from Mintel, a market research firm, noted, “the diet industry faces downward pressure as U.S. adults also remain skeptical of the ingredients in diet-specific products and their effectiveness in managing weight.” You go consumers!

“The diet industry is dying as a new mentality takes hold in America…With this new focus on wellness and nutrition versus restriction and deprivation, people are more aware that health can come at many sizes. And since people love their bodies, regardless of their size, they are prone to care for the bodies and eat healthy foods.” www.businessinsider.com.

Making resolutions each January is a tradition that needs to be flushed down the toilet. Make a resolution to stop making New Year’s resolutions.