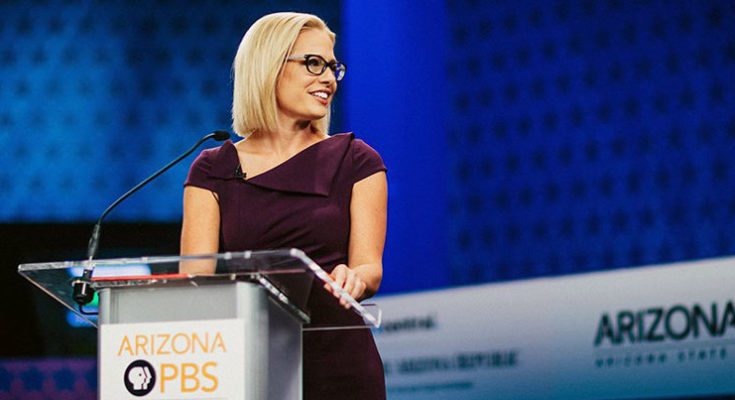 Photo By Alex Kline/Arizona PBS: Kyrsten Sinema has taken the lead in the latest vote count for Jeff Flake’s open seat in the U.S. Senate, but the race is still too close to call.

The Arizona Secretary of State’s Office updated its ballot tally early Thursday evening and as of 6:30 p.m. Sinema had 932,870 votes compared to 923,260 votes for McSally.

However, there still may be as many as 500,000 votes left to count, so it is still too early to determine who will ultimately prevail in the seat.

O’Halleran had the vote lead in Apache, Coconino, Gila, Maricopa, Mohave, Navajo, and Yavapai counties, while Rogers had the lead in Graham, Greenlee, Pima, and Pinal counties as of the ballot tally release Thursday evening.