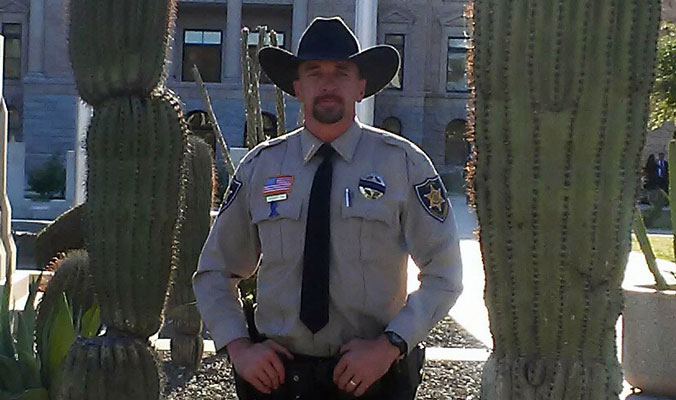 Photo Courtesy Greenlee County: A Greenlee County Sheriff’s Office deputy reported clocking Sheriff Tim Sumner traveling at 106 mph in a 65-mph zone while not being signed on for duty. The deputy believes the infraction was done on purpose to force a traffic stop as part of ongoing harassment from the sheriff.

Speeding incident an underlying part of repeated harassment, according to deputy

GREENLEE COUNTY – It appears that the Arizona Department of Public Safety director isn’t the only law enforcement officer with a lead foot. Only in this Greenlee County case, the sheriff appeared to want to be pulled over for breaking the law.

On the evening of Oct. 15, Greenlee County Sheriff Tim Sumner was pulled over by a Greenlee County Sheriff’s Office deputy after the deputy clocked Sumner traveling 106 mph as he passed a grey van while eastbound on U.S. Highway 70 in a 65-mph zone. Anything 20 mph or more over the posted speed limit is considered criminal speeding; Sumner was traveling in an unmarked county vehicle at 41 mph over the posted speed limit and he was not signed onto Spillman, the law enforcement database.

However, that wasn’t the only unusual activity for Sumner that day. The deputy reported that just before speeding, Sumner had passed the deputy’s stationary patrol vehicle going only 30 mph westbound in a 65-mph zone along U.S. Highway 70. After Sumner initially passed, the deputy pulled out and drove eastbound for six miles before parking at a different location. Less than a minute later, the deputy reported, Sumner sped by at 106 mph.

The deputy performed a traffic stop on the dark-colored sedan and Sumner stepped out of the vehicle and questioned what the deputy was doing out there. He also asked if the deputy noticed a car drive by going 30 mph.

The deputy acknowledged seeing him go by at 30 mph and then informed Sumner he was stopped for speeding at 106 mph.

In a grievance filed with the Greenlee County Board of Supervisors, the deputy reported that it was the deputy’s belief Sumner had intentionally sped to force a traffic stop and that it was just another incident in a long history of harassment.

“He intentionally committed an egregious criminal violation in (an) effort to get me to pull him over,” the deputy reported in the grievance. “I did not feel comfortable on the side of the road alone with Tim, given his reckless behavior. He then stated he wanted to get in my car and ride with me. I told him ‘no, I did not want to do that.’ He was persistent and asked me two more times to ride in my vehicle. I told him ‘no’. I didn’t want him in the vehicle with me. This was very inappropriate and unprofessional. Sumner was not checked on in Spillman and nobody else knew he was out there with me. I wanted to leave and he told me I was not going to drive off with him standing there.”

The deputy also reported that the incident wasn’t the first time Sumner had surprised the deputy while the deputy was on duty and that Sumner would also tell the deputy to meet him at random locations with “no valid reason and no work matter to discuss.” The deputy said such harassment and more had been ongoing since January 2019.

“Tim Sumner has created a hostile work environment,” the deputy wrote in the grievance. “I no longer feel I can come to work without being harassed by him. His conduct is intentional, severe, recurring, and interferes with my ability to perform my job.”

In Arizona, the sheriff is the chief law enforcement officer in each county and it is an elected position. Like other elected officials, a sheriff cannot be fired from his/her position. It is not public knowledge of what action, if any, the Greenlee County Board of Supervisors took after receiving the grievance from the deputy.

Greenlee County Administrator Derek Rapier acknowledged the grievance but declined to comment due to it being a personnel issue.

Greenlee County Board of Supervisors Chairman Richard Lunt did not respond in a timely manner to requests for comment.

Greenlee County Sheriff Tim Sumner did not respond in a timely manner to a request for comment. 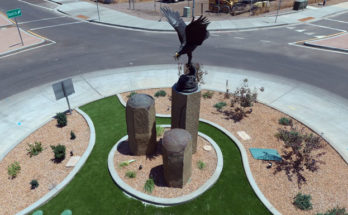