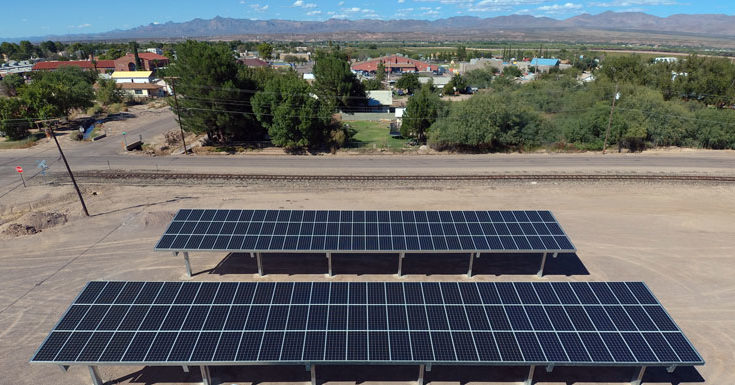 The investigation on its own has caused widespread cancellations and delays in the U.S. solar industry and threatened to expand harmful job-killing tariffs on solar imports, ultimately raising costs for consumers. The solar industry employs over 230,000 American workers, including more than 8,000 Arizonans. According to a report issued by the Solar Energy Industries Association, 70 percent of U.S. companies say at least half of their solar workforce is at risk as a result of this investigation.

“If we are serious about investing in a clean energy future and creating hundreds of thousands of good-paying jobs, we need to ensure that solar projects across the U.S. have access to the basic components needed to operate, grow, and thrive,” said the senators. “While the Department of Commerce rightfully narrowed the scope of its decision as compared to the original petition, we are concerned that this decision will still harm domestic solar efforts, hinder our clean energy goals, and hurt American jobs. In order to continue supporting such a critical industry and protecting good-paying American jobs, we urge the Biden Administration to take additional action by extending the two-year pause on new solar tariffs and expediting the implementation of the solar provisions, including the solar manufacturing tax credits, from the Inflation Reduction Act.”

The Department’s decision follows the senators’ months-long fight to support American solar energy, protect solar jobs, and boost domestic solar manufacturing. In May, Kelly and Sinema joined 21 colleagues in a bipartisan letter to President Biden urging him to expedite and bring the investigation to a swift conclusion.

In June, following pressure from the senators, the Biden Administration announced a two-year suspension of solar tariffs that could have killed American jobs and increased solar costs, in addition to a new plan to use the Defense Production Act to boost domestic solar manufacturing.