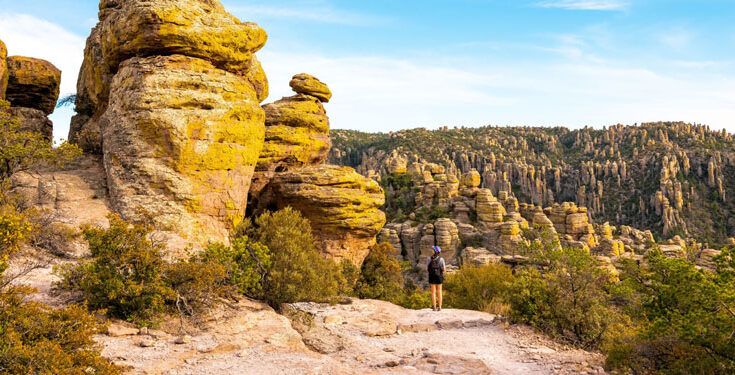 “Chiricahua Monument is a natural wonder and deserves to be a national park. This designation will boost tourism in southeastern Arizona and create more jobs in the region. I’m excited that we got this bill across the finish line in the Senate, and I’ll keep working until it is signed into law,” said Senator Kelly.

“The Chiricahuas are extremely special and couldn’t be more deserving of this highest designation. We are thankful to have the community’s support around Southern Arizona and across the country to finally recognize the Chiricahua mountains for what they are – one of our nation’s ‘Crown Jewels,’” said Rep. Kirkpatrick. “I commend Senator Kelly for his leadership; he has championed and delivered this bill in the Senate. Today’s passage is a huge victory — we are one big step closer to our ‘Crown Jewels’ becoming a National Park.”

The Chiricahua National Monument was established on April 18, 1924, by Presidential Proclamation No. 1692 to preserve in perpetuity rhyolite rock spires that tower hundreds of feet and appear to balance on a small base. The unique geologic features are remnants of one of the largest known volcanic eruptions which occurred 27 million years ago.  The monument is located in southeastern Arizona and attracts visitors from around the world for hiking, camping, and wildlife viewing.

The Chiricahua National Park Act is supported by communities in southeastern Arizona, including the City of Benson, the City of Bisbee, Huachuca City, the City of Wilcox, and the Cochise County Board of Supervisors.