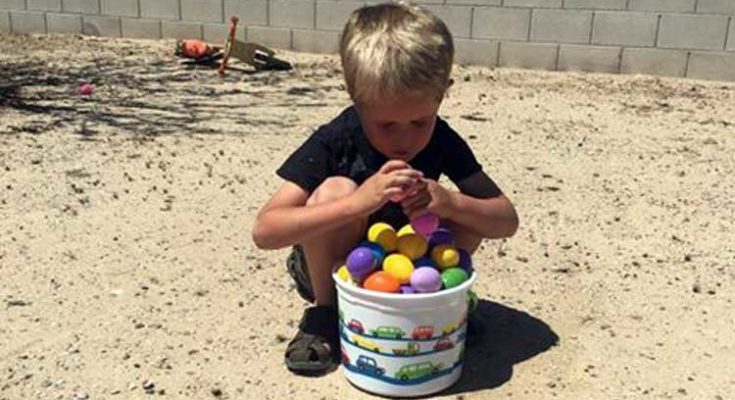 SAFFORD – Stormi Lacy’s children love the annual Easter egg hunt at the Graham County Fairgrounds. But for her now 6-year-old son Bentley who has a chromosomal abnormality that led to him having cerebral palsy, it was too overwhelming and over too quickly before he would have a chance to collect even one egg. The sadness Bentley had after having nothing in his basket compared to his siblings led Lacy to start the inaugural special needs Easter egg hunt last year in the backyard of a local dermatologist, who also has a special needs child.

“It’s just way too much for him; way too stimulating; way too overwhelming,” Lacy said. “So, he’s just sitting there playing in the dirt and once it’s all said and done he’s sad because he doesn’t understand why he doesn’t have any eggs and everybody else does.”

The response from the community was so great, Lacy started organizing early this year and numerous businesses have come on board to support the event, which will be held March 30 at the Manor House at 415 E. U.S. Highway 70, starting at 4 p.m.

This year, Lacy said there will be more than 500 eggs filled with candy and/or coupons from businesses such as Dairy Queen, Sonic, and Sodalicious. She said she has so many eggs that she plans on allowing non-special needs children to collect eggs as well after the special needs children have their turn first. Lacy said she is also placing eggs on tables and waist-high places so those in wheelchairs can gather their own eggs as well without the assistance of caregivers.

“I just wanted to kind of accommodate everybody,” she said. “It’s a chill, relaxing event. There’s more than enough for everyone. Each kid that comes gets a basket with a chocolate and a stuffed animal.”

In addition to the basket of goodies and Easter eggs, Lacy said there will be door prizes as well and invited special needs people of all-ages to join.

“Anyone with special needs can come and participate and have that experience,” she said.

There will also be free pizza to feed the those who attend the event. Lacy said while the event starts at 4 p.m., plenty of time will be given to the attendees to get accustomed to the space, so they enjoy the experience.

“I want to give them some time to get used to the area,” she said. “I know with my son it takes him a while to warm up and a lot of children I notice with special needs are like that. It just takes them a little bit longer to get into the zone for it.”

Lacy said doctors told her that her son would never walk or talk, but he has exceeded expectations and began walking at 2-1/2 and starting talking at 4 and has around a 50-word vocabulary, she said.

“He’s progressing every day,” she said. 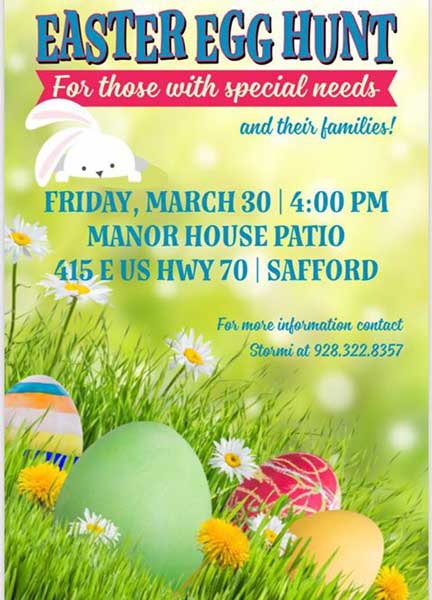