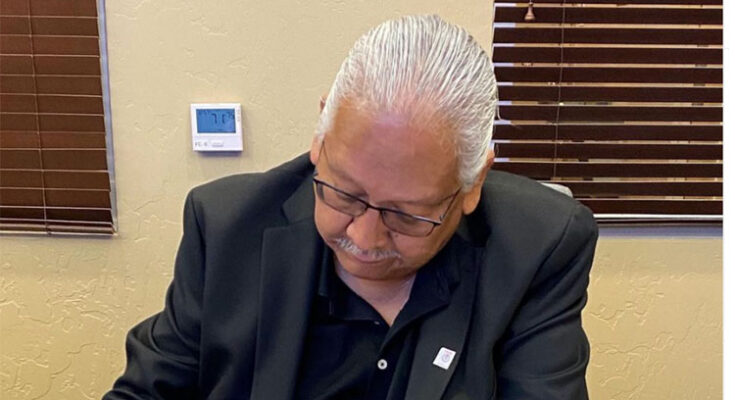 San Carlos Apache Reservation – The San Carlos Apache Tribe (“Tribe”) announced the results of the Tribe’s 2022 general election today for the positions of Chairman, Vice Chairman, and Council Member for the Seven Mile, Gilson Wash, Peridot and Bylas Districts. The unofficial election results have been accepted and made official by motion of the Council.

Chairman Rambler said, “I promised strong leadership, vision, and values, and once again delivered hope and opportunity. Together, we established the College and the Healthcare Corporation, provided per capita funding for lost opportunities and emergency relief from COVID-19. We created jobs like never before. Over the next four years, I will dedicate every moment to:

Chairman Rambler continued, “I love my job. I love serving my people. I will continue to be the public servant you can rely upon and to make your voice heard. With deep respect and from the bottom of my heart, thank you for entrusting me with four more years. Together we can make our Tribe stronger, more resilient, and we can overcome challenges we have faced to build a brighter future for our Tribe and our children.”