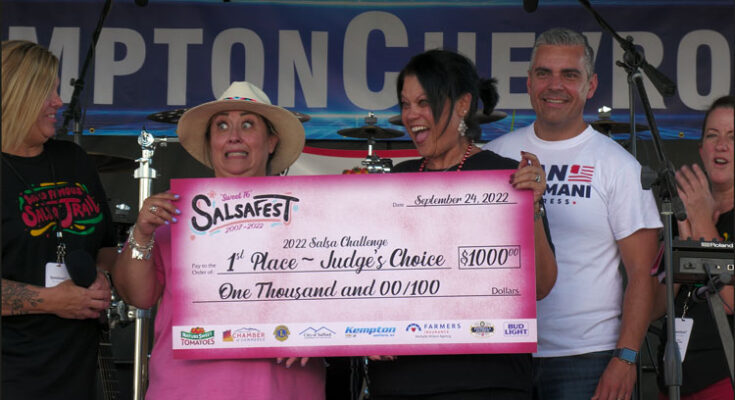 SAFFORD – SalsaFest 2022 Sweet 16 is in the books and the festival held in Downtown Safford was as the cliche goes, bigger and better than ever before.

Having covered nearly all of the previous SalsaFest celebrations, this year’s event was, in my opinion, the best it has ever been run. The event is put on jointly by the Graham County Chamber of Commerce and the Safford Lions Club, which originally began the festival.

Thousands of people descended on Downtown Safford for the two-day festival that went late into the evening powered by some truly jamming local talent. Multiple bands got people groovin’ and several exhibitions by Extreme Martial Arts and Safford Dance Academy had the crowd oohing and aahing.

Gracing the Kempton Chevrolet Stage this year were Heart and Soul, Lucky J’s, and Raymond Gomez who sang a soulful acoustic set.

Throngs of vendors were set up down the closed Main Street with a food court area set up halfway down. At the end, a classic car show drew the crowd to the edges of the festival.

The event kicked off Friday night with Mariachi Luz de Luna from Tucson on the stage. As with last year, the Bud Light Beer Garden was back, and this year there were after parties at local bars Sarah’s Bull Pen, Shane’s Place, and the Trailhead Hideaway, which also picked up an award for best restaurant red salsa.

A pick-me-up Zumba class got people going in the morning and the Chihuahua Races brought the thrills as the unheralded, rookie Leeloo came from out of nowhere to win five straight races to knock off the previous unbeaten Corndog for the coveted first place sombrero.

John Palomino and his black, ’64 Chevy Impala took home Best in Show for the SalsaFest Car Show. Palomino said working on cars is in his family’s blood and it is something they are passionate about.

“I enjoy fixing up cars,” he said. “I own quite a few old vehicles around town. I’m from Safford and I grew up working on vehicles.”

As for what everybody was there for . . . the salsa was a hit! Multiyear winner Deanna Best was up to her best once again and took home the coveted Judge’s Choice while newcomer Antoinette Rios won the People’s Choice.

“This is our first year coming together (for SalsaFest),” Rios said. “I’ve been doing my recipe for 24 years. My children and I came out to have a great experience; have some family quality time and it’s been an amazing experience. I’m honored that the people chose me. So, this means everything. Thank you.”