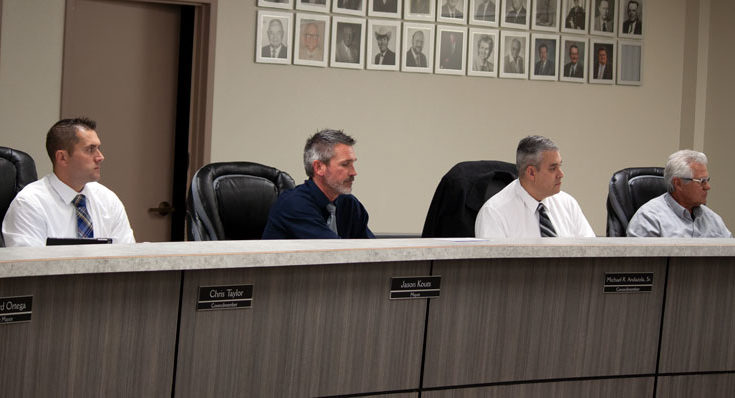 SAFFORD – Now in its 25th day, the longest government shutdown in United States history continues to have an impact locally, and locally, municipalities and organizations are stepping up to help mitigate the harm.

The Safford City Council unanimously passed its federal employee assistance agenda item at its Monday night meeting. The program immediately provides a temporary suspension of the city’s customer service disconnection protocol during for federal employees during the federal government shutdown and waives late fees associated with their utility bills. The program will also allow the employees to accumulate the debt until “life returns to normal,” according to Safford City Manager Horatio Skeete, who recommended giving the workers a three-month window to make up the debt after the shutdown is over and workers begin to get paid again.

Nationwide, more than 800,000 federal workers are currently not getting paid and out of those, roughly 420,000 still must go to work as they are considered “essential employees.”

On Tuesday, a lawsuit filed on behalf of the National Treasury Employees Union and the National Air Traffic Controllers Association against the government stating employees should not be forced to work without pay during the shutdown was rejected by U.S. District Judge Richard J. Leon, who said siding with the unions on that issue could put people’s lives at risk. The American Federation of Government Employees, which also oversees Council of Prison Locals 33 from Federal Correctional Institution – Safford, filed a separate suit against President Donald J. Trump’s administration alleging the same thing.

The city of Safford supplies electricity, gas, water, wastewater, and sanitation to its residents and also provides water to neighboring communities. During the meeting, AFGECPL 33 President Dustin Truelove spoke to the council and gave his appreciation for the council’s effort to alleviate the pain in the pocketbook being felt by the roughly 200 employees at the prison. The prison employees are the largest group but far from the only group of federal employees based locally, and the impact is having a trickle-down effect into various other areas as well.

Safford Mayor Jason Kouts said Thatcher Mayor Bob Rivera told him Thatcher would be starting a similar program in its town to help federal employees who live there, and Skeete said while the Graham County Electric Cooperative is governed under a separate set of rules, it will also be instituting some sort of assistance for its federal employee customers in Pima and Graham County.

Rivera told the Gila Herald that the Thatcher Town Council would adopt the exact same measure as Safford’s and that the council would vote on it at its Tuesday night work session meeting. Thatcher provides electricity, garbage, and sewer to its residents and those will all be covered under Thatcher’s debt forgiveness program for the federal employees. Rivera said the town will allow the federal employees to rack up the debt and then will give them 90 days after they resume getting paid to settle the debt before incurring any charges.

“There’s a lot of federal workers here in our valley who are affected by this,” Rivera said. “So, I hope our Congress can get their stuff together and come to their senses and come out with some kind of deal. It’s just stubbornness on both sides and they need to just come and say ‘hey, for the good of the people’ you know.”

Graham County Electric Cooperative General Manager/CEO Kirk Gray told the Gila Herald that while its program will not be the same as Safford’s the Co-op is still in talks with the local prison union and that it is trying to work out what it can.

“We’re a whole different organization and our conditions will be different than Safford,” Gray said.

Additionally, local banks are also looking to adopt no late fees or charges for the federal employees to help alleviate the situation of not being paid.