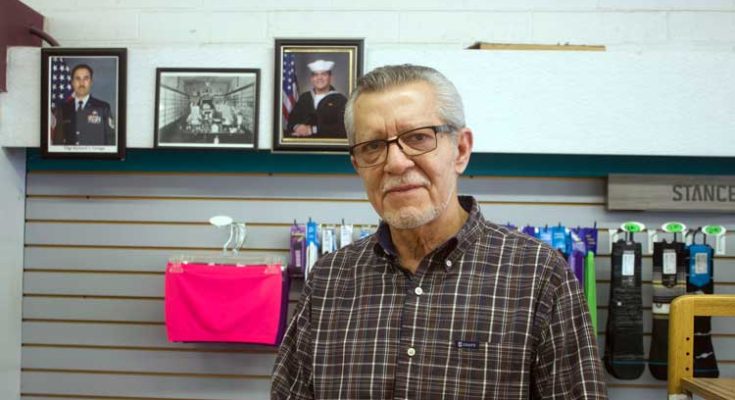 SAFFORD – Retired Marine Richard Ortega is 74 years old, but he continues to be a voice of the people and proudly serves his community.

Ortega was unanimously selected by the Safford City Council during its Monday night meeting to continue serving as the body’s vice mayor after indicating he still had the desire to perform in that capacity. Ortega has served as vice mayor under multiple different mayors during his 18 years and counting on the council.

Ortega attributes some of his success in both the government and private sectors due to his Marine training of never quitting and always moving forward, even if one’s path diverts from the original plan.

“Positive thinking, that’s the name of the game,” Ortega previously told the Gila Herald. “The Marines have a  saying, we don’t retreat; we just fight walking backward.”

During the Monday night meeting, council member Michael Andazola Sr. nominated council member Arnold Lopez for the vice mayor seat as well but Lopez said he would only accept the nomination if Ortega didn’t wish to continue on in the position. Ortega indicated that he wasn’t ready to step down, and Lopez refused the nomination. Ortega was then unanimously chosen by the council to stay as its vice mayor.

Ortega and his wife, Theresa, ran Ortega’s shoes in the Mt. Graham Shopping Center for 46 years before closing in March 2018. The family business, Ortega Shoes Inc., which Richard Ortega ran with his uncles and cousin, was first started by Juan Ortega, who opened the first Ortega’s Shoes in Douglas in 1923.

Richard Ortega was first elected to the Safford City Council in 1998 and served for 12 years through 2010, when he lost a re-election bid by just 13 votes to third-place finisher Gene Seale. Ortega ran again in 2012 and garnered the most votes out of the three newly elected council members and was subsequently re-elected in 2016.

Lopez came in fifth in the 2010 election but was appointed to the council in 2012 to serve the last two years of Danny Smith’s term, who resigned from his position for a successful run for a seat on the Graham County Board of Supervisors.