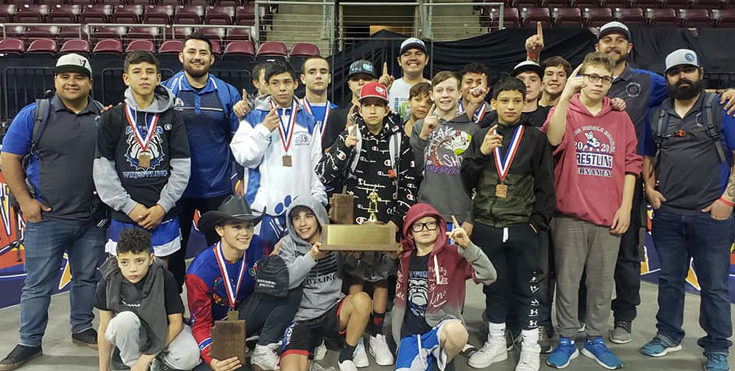 PRESCOTT – The Safford Middle School wrestling team is the 2020 State Team Champions and its top wrestler, Kaleb Cordova, finished off a perfect middle school career by winning a state individual championship and the outstanding wrestler award. The SMS wrestling team also captured the team state competition in Tempe earlier in January, where Cordova also won the individual championship and outstanding wrestler at that meet as well.

“I can’t say enough about this group of wrestlers,” coach Phillip Ornelas wrote in an email to the Gila Herald. “The word of the week was finish. Our wrestlers definitely finished by winning all six matches in the medal rounds with five pins!”

“I can’t wait to see what they can accomplish in the upcoming years but none of this would have been possible without the sacrifice and dedication of not only the wrestlers but also families and coaches,” Ornelas wrote. “It all starts at home with positive support. Let this wrestling family be (an) example.”

Cordova finished his outstanding middle school career with an unblemished record of 118-0 from grades sixth through eighth. Cordova has won a total of six state championships; three at the Tempe state meet and three at the Prescott state meet.

“I’m most impressed (with) his kind heart and always wanting to do the right thing on and off the mat because that’s what really matters in the long run,” Ornelas wrote. “Along with his beginner’s mindset, along with his top-tier work ethic, he has been able to impress the entire state throughout his middle school career. I can’t wait to see what he can accomplish!” 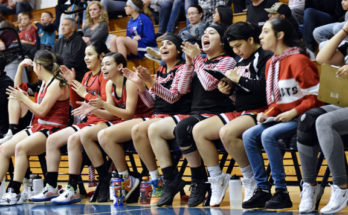 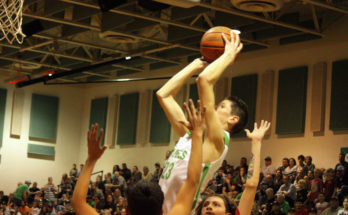 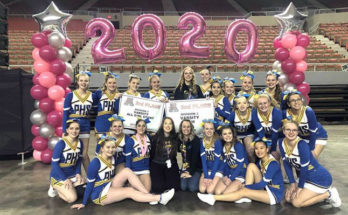